No, I don’t know why I decided to play this either. I mean, I’d just set my Raspberry Pi back up with a fresh install of Retropie, and yeah, I’d added this as one of the games, but still. Why this and not something else, I can’t say.

But these Neo Geo Pocket fighting games are just so good, aren’t they? So slick and responsive and fun. It wasn’t that long ago I played KOFR2 and it was great as well. In fact, there’s a lot of great NGP games. Best console. For a while, anyway. 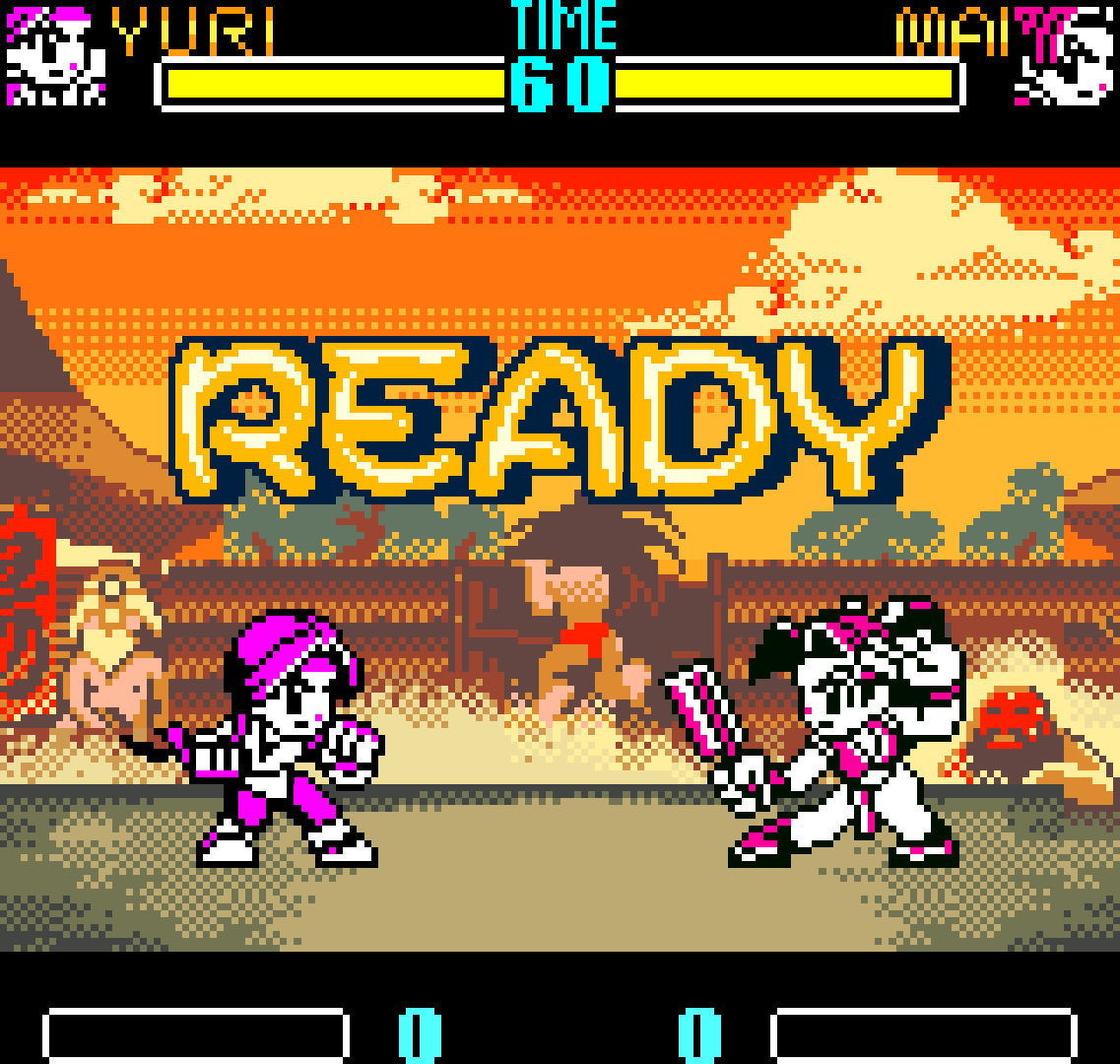 I’m not sure what else to say about the game. It has a nonsense story about “Miss X” holding a Queen of Fighters contest (do you see what they did there?), but of course Miss X is – spoilers – Iori. And not a “gal” at all. Hilarious and we all fell about in stitches, didn’t we? Then there’s the cut scenes like this one: 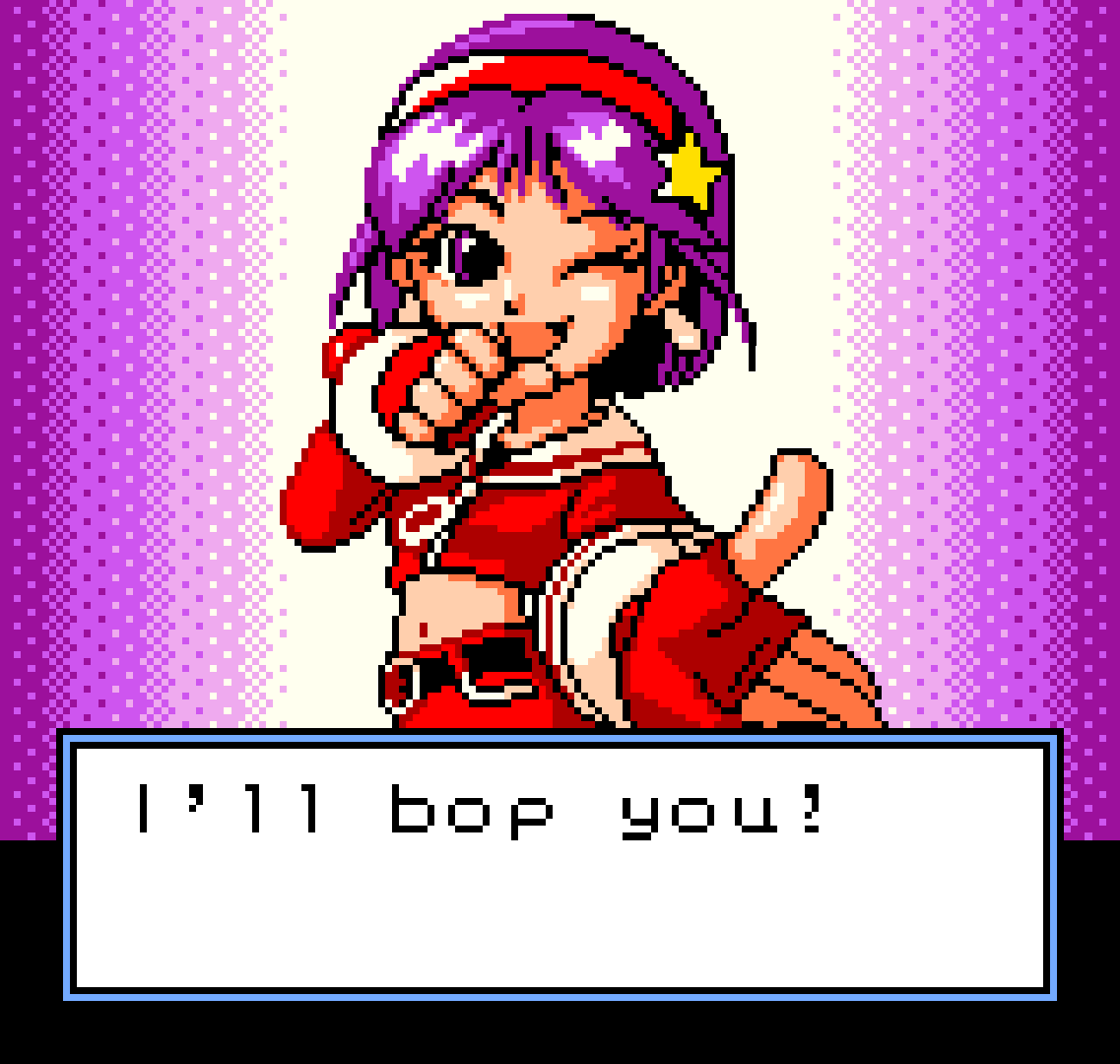 Which are great. Just the right about of wonky translation mixed with a limited text area to perfectly ruin any depth to the conversation. Nobody cares about that though, because what is important is how good the punching and kicking is and in that regard, it’s lovely and fluid.

If you’re taking notes, I played through as Yuri. And if you don’t know how she plays, she’s basically Ken from Street Fighter. Which is why she is Best.

Oh yeah, and there’s a sequel of sorts to this coming out on the Switch soon! Yesss.