Well this was a surprise! Sure, I knew it was coming, but to appear today with no warning… that I’d seen anyway.

Farewell is set a few days before Max left for Seattle. Her and Chloe seem to be 13 or so, and much of the episode is about them reminiscing over when they were younger. Indeed, the “aim” is to uncover a treasure they hid when playing as pirates five years previously. 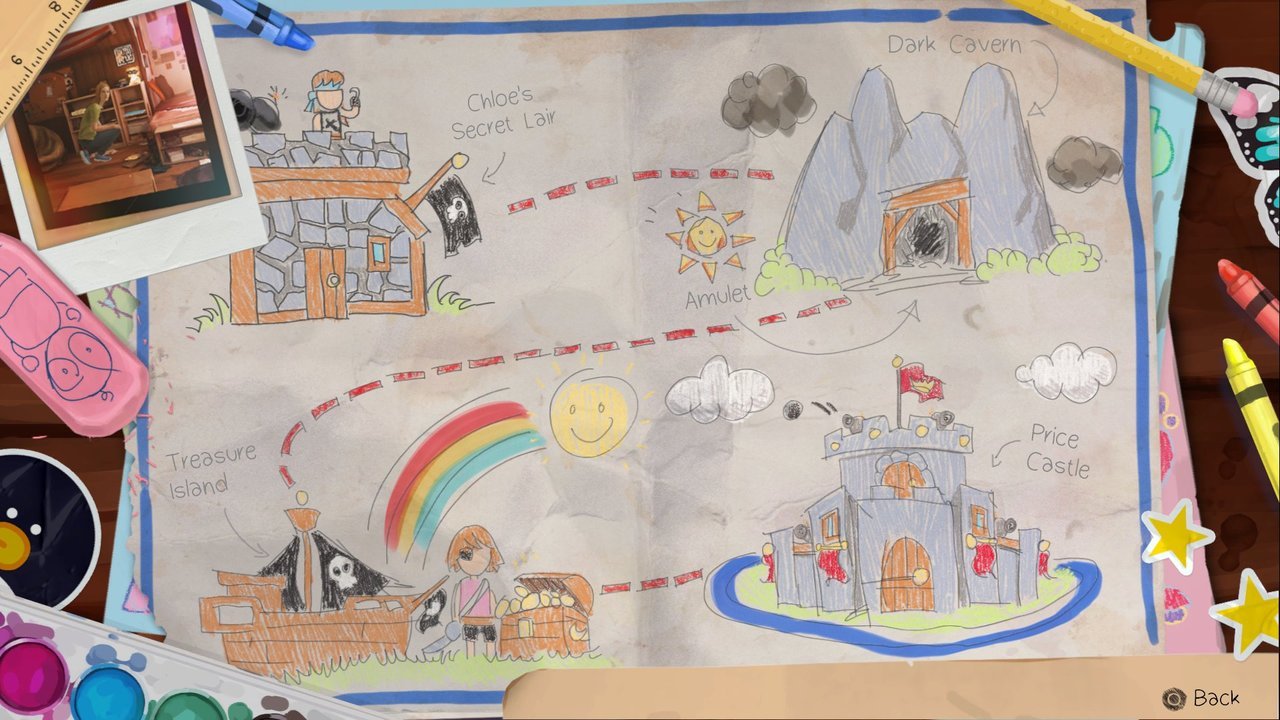 It’s much shorter than other episodes (less than an hour long, in fact), and aside from the spoiler (which shouldn’t be a spoiler if you’ve played the rest of the game), not much actually happens. There’s happy chat between Max and Chloe, a bit of house exploring, and Max finally manages to tell Chloe she’s leaving soon. And that’s it.

Farewell doesn’t really tie up any loose ends, nor does it tell you much you didn’t already know. What it does do, however, is cement how close the two girls were and explicitly show just how hard it was for Chloe when Max left. Making the choice at the end of the original game harder still if you’ve yet to play that.

If you want to watch my playthrough, it’s here. Spoilers and stuff, of course: