Bought, played, completed. In under two hours. But this definitely not Castlevania is supposed to be short, and there’s supposedly more to be had from replays, so I’m not going to complain.

Not that there’s much to complain about anyway – it’s a decent platformer with some great bosses and a character swapping mechanic which (as each one has different skills) allows different ways of tackling rooms and reaching hidden areas and power-ups. 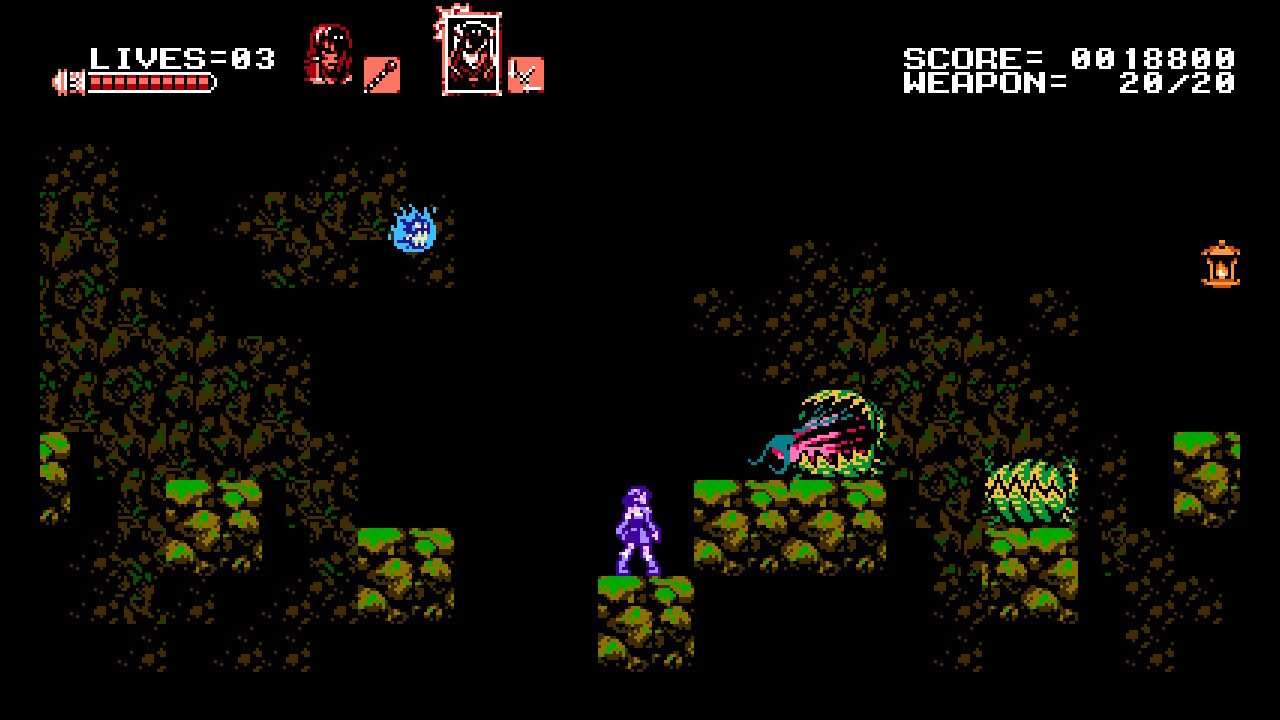 But it’s hard not to see this as a Castlevania game. As well as having the same graphical style as the original NES titles, one of the characters is basically a Belmont, as she wields a whip in just the same way. Another is clearly Alucard. The main character you start off as has a sword like Soma, but looks like Simon Belmont, and there’s a monk who admittedly isn’t much like anyone from that series. Then there’s the levels which try to distance themselves from Castlevania levels but there’s still the castle and although the baddies are different most behave just like Castlevania baddies. 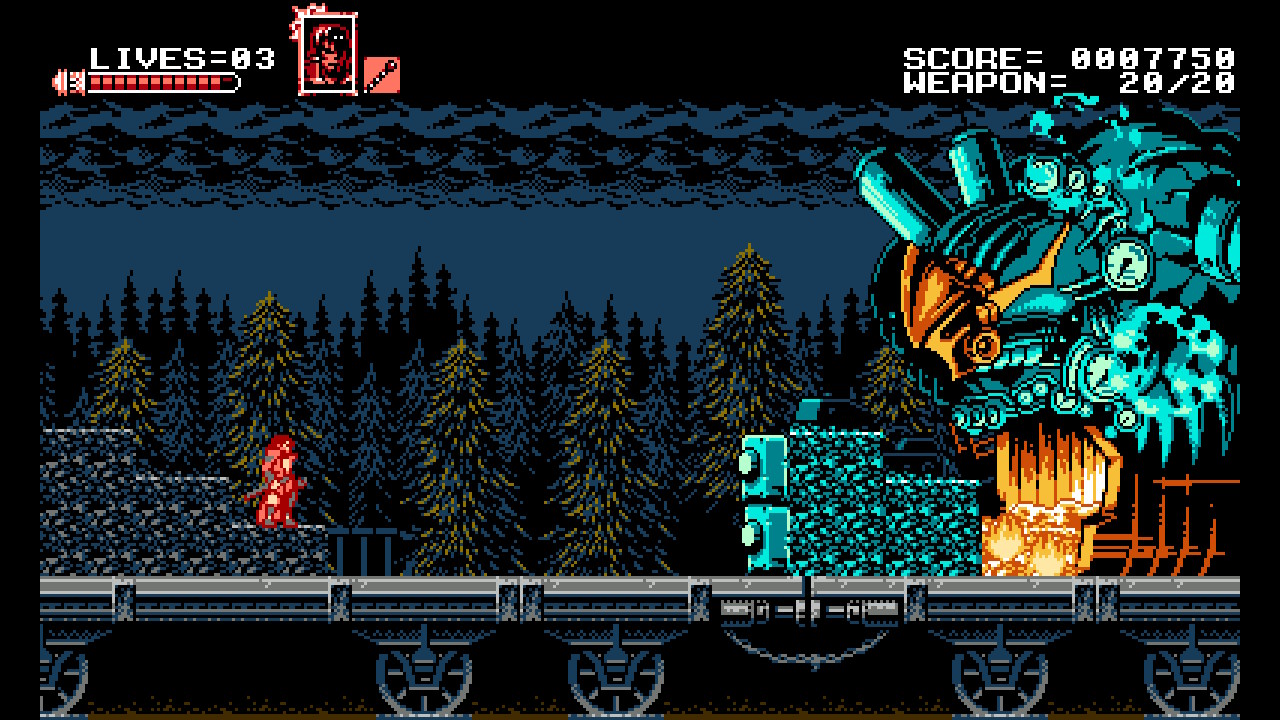 The bosses, however, are very much new. And also very much easier than anything in a Castlevania game, although that’s not negative point – Castlevania bosses can be past the fun side of difficult.

If I’ve heard correctly, Curse of the Moon is a prequel to the full Bloodstained game which is still due to come out. If that is anything like this, then I’m all over it. Hopefully on the Switch! 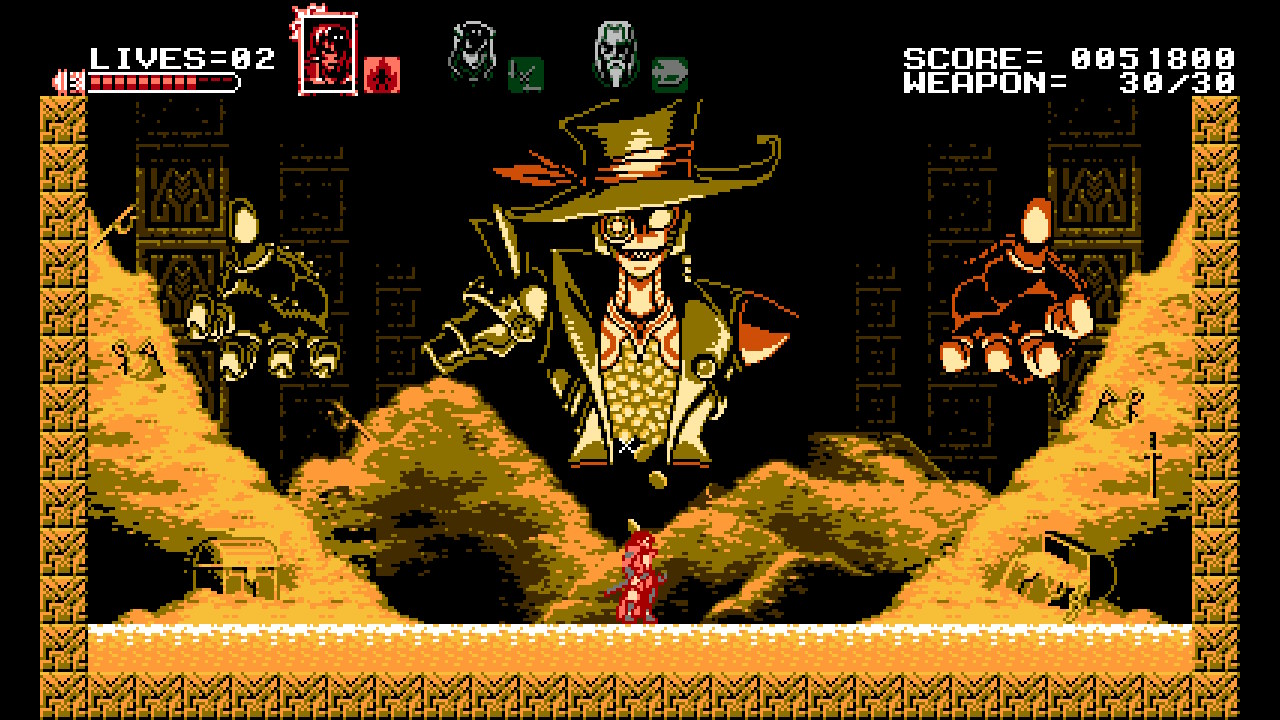