I have to admit, I never really played any of the Ninja Gaiden games originally. I knew they were hard, but oh my word was this hard.

There’s no way in hell I’d ever get close to completing it without save states, and it is just that it is difficult – it’s a mess in terms of collision detection, and baddies that respawn if you back-track a single pixel. These two things often conspire against you, as you’re knocked back by one baddie into the path of another that just regenerated. 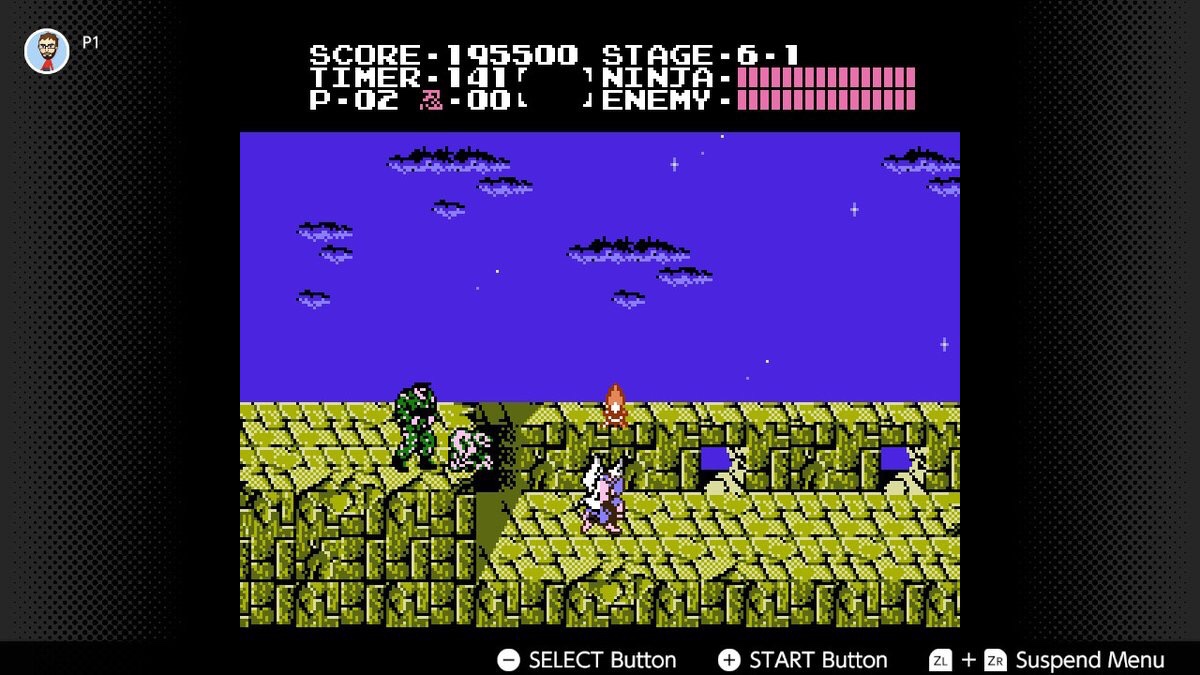 The sticking to walls is rubbish, as you’re a sitting duck. Often, you end up stuck to a wall you didn’t intend to stick to just because you jumped or fell vaguely near one. And then there’s the stringent level time limits, at least two of which I’m sure aren’t possible.

In all, it’s really not a very good game and I’m baffled by the high regard in which it seems to be held.