Yes, absolutely taking the Japanese dating visual novel genre and tying it up with KFC was a sensible idea. Especially when the aim is to romance the big man Sanders himself. Only what’s this? He’s a young man with a fashionable goatee, and doesn’t look like a bad guy from Dukes of Hazzard? 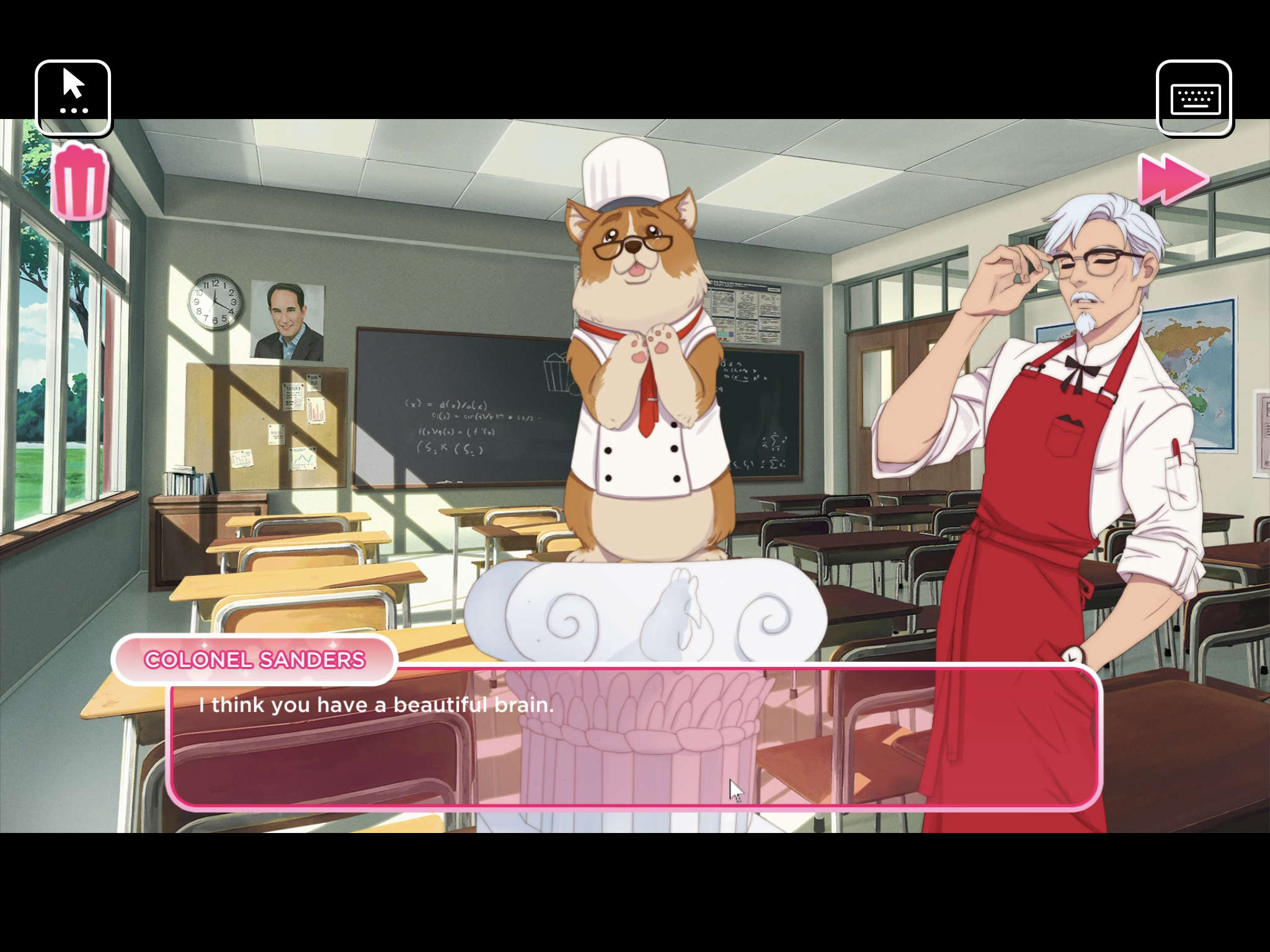 As a game, being a visual novel, it’s pretty limited. There are a few choices you get to make, most of which don’t seem to have much of an effect but some basically cause insta-death without warning. It’s a short game too, about half an hour in length unless you’re a slow reader, so you barely get to know the cast of bizarre and ridiculous characters who make up the staff and students at the cooking academy the game is set in. The teacher is a dog and a classmate is some sort of pressure cooker, for instance.

It’s silly, a bit creepy, and implying KFC is the height of excellent cuisine throughout grates a bit, but for short free nonsense it was worth a play. I think.