My personal roundup of the best games I’ve played in 2015, and the game I’ve chosen as my Game of the Year. 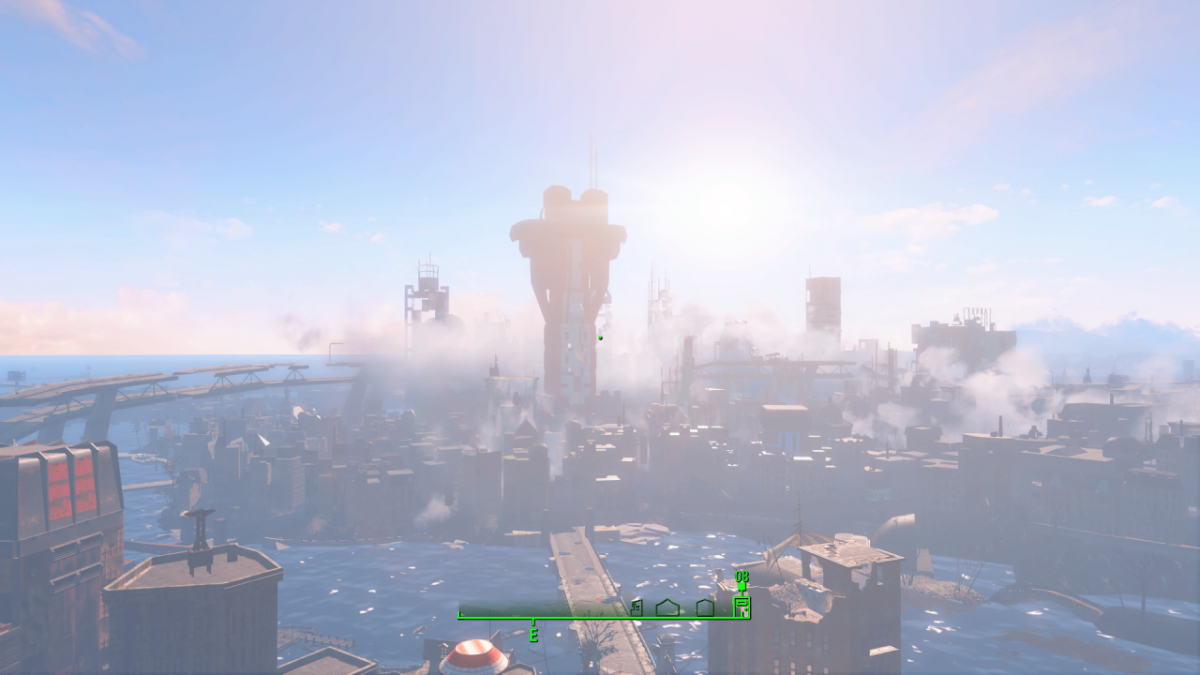 As always, I’m counting those games I’ve played in 2015, not necessarily those released in 2015.

And I’ve played a lot of games in the past 12 months. Aside from the 84 I’ve actually completed, there have been a lot of games that I didn’t manage to, am still playing, or can’t be completed. For instance, Puzzle & Dragons Z – I’m stuck on the final boss and have put 60+ hours in, but it isn’t finished yet. Or Fallout 4, which has been out less than two months and I’ve nowhere near done with it yet. Or Badge Arcade which is barely a game and is an on-going thing.

Let’s start with a look at some of the great but not the best games I’ve played in 2015. In no particular order: 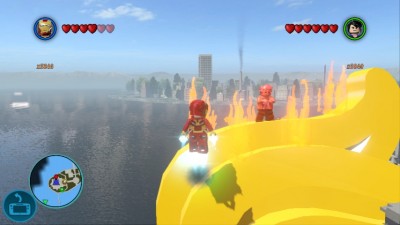 I’ve always been a fan of the Lego games (well, aside from right back when I played the first Lego Star Wars and just didn’t get it for some reason). The best one was probably Lego City Undercover, partly down to the massive open world hub. Although Lego Batman 2 (and 3) incorporated this, they were not as much fun. Lego Marvel fixed that, and since it’s also co-op for the entire game (unlike Undercover), I could play through with my daughter – and it was actually the first game we ever completely co-oped together. We also played some other Lego games this year, including The Hobbit and Jurassic World, which although good, aren’t quite up there with Lego Marvel Super Heroes. 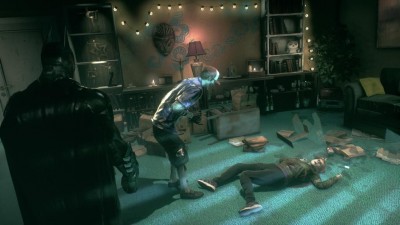 As a fan of the previous Arkham games (including Origins, which many dislike but I think is actually better than City), I was disappointed that Arkham Knight was current-gen console only. Because I didn’t have a current-gen console until halfway through 2015. My PS4 came with Batman though, and I was pleased to find the game excellent in almost every way. At first, the tank sections were not to my taste, and driving the Batmobile up a wall to jump around some roofs seemed ridiculous, but after a few hours play it made more sense and after that it was More Batman. More Gotham to explore, more stuff to do, more gadgets, more foes, more people in the streets. And more Batman is great. Plus, the bit with the spinning karaoke bomb gameshow of death is one of the best things ever. Arkham Knight isn’t quite as tight as the original Asylum, but it is still fantastic. 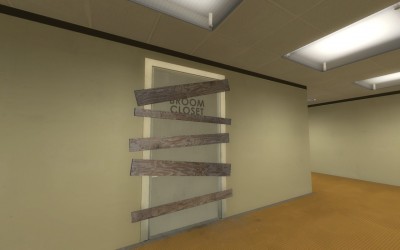 The dry humour, the sarcastic narrator, the sheer bizarreness of Stanley’s situation. Playing through left me frequently in fits of laughter. It might involve virtually no actual gameplay, and even when it seems there’s a puzzle to solve you quickly realise there’s no solution (purposefully so), but there are still several hours worth of branching story paths to follow and hilarious dialogue and events to wander into.

Everybody’s Gone to the Rapture (PS4) 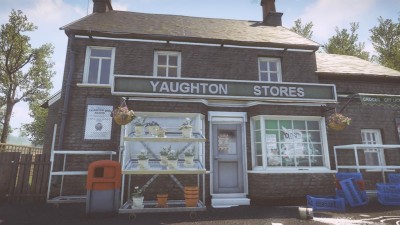 With a similar play-style to The Stanley Parable, EGTTR involves little more than walking around the village of Yaughton after everyone has… vanished. The story unfolds as you listen in to radio broadcasts, phone calls and mysterious glowing essences of the village residents that have somehow been left behind to re-enact their final days. It’s beautiful, moving and intriguing, and was definitely an experience I wish I could forget so I could play it again anew. 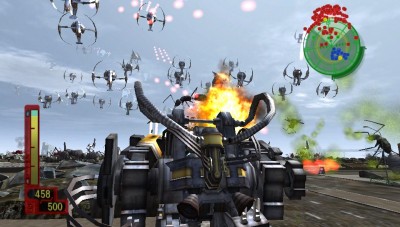 I loved the 360 version of this almost a decade ago, but did wonder if the reduced horsepower of the Vita would make it unplayable. After all, the 360 game looked like crap and slowed to a crawl for 90% of the game. Not that it mattered there, and – somehow – wasn’t as much of an issue here. It’s a silly, janky arcade game but the sheer fun to be had shooting millions of giant ants, spiders and assorted robots and spaceships far outweighs the technical problems and PS2 visuals. “Just one more level” was in full effect, and EDF turned out to be, like it was all those years ago, a joy from start to finish.

I played this at a game show not long before it was released, and loved how it felt a lot like a cross between Assassin’s Creed and Bioshock. For various reasons, I never bought it in the end, but PS+ gave it to me for free this year and I got stuck in. I was right – it really is a cross between the gadget and rooftop antics of Assassin’s Creed and the first person shooting and tonic “powers” of Bioshock. In some ways it also reminded me a lot of Half-Life 2, wandering through the city, working for the resistance. I enjoyed it a great deal, and found the many options for completing most of the objectives were more varied and worked better than in other games that give you the choice. Another highlight of the year, even if it’s a few years old now.

Another old PS3 title I really should have played years go, but was also free on PS+. It’s the same as Yakuza 3, but more. Playing as several characters with intertwining stories, the fighting is more varied than in 3, the game feels a lot bigger, and although it’s basically the same assets in the same engine as before, the plot and the events are drawing and there’s days of fun to be had with all the sideshow stuff too. 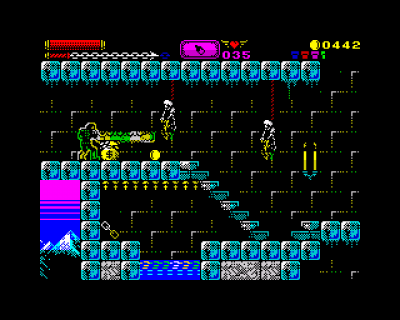 This was a surprise. I’ve not followed the Spectrum “new game” scene for a number of years, and even when I have and there have been versions of popular games series appear on it, they’ve often been lacking. Spectral Invasion however, is not only a technically excellent Castlevania game, feeling just like the NES original trilogy, but it also manages to fit into the Castlevania timeline as well as working like a later “Metroidvania” style game. Oh, and it looks so, so good. It was difficult, original, and came with a stonking properly Castlevania sounding soundtrack. An amazing achievement on such ancient hardware. 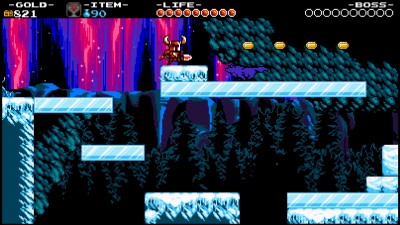 From a Spectrum version of the NES game that never was, to the Wii U version of another NES game that never was. Shovel Knight is a properly hard platformer from the late 1980s but is in the wrong era. In the best possible way. Fantastic pixel art and playability over modern game features, Shovel Knight is half Castlevania, half Duck Tales. It’s funny, rewarding, and has a Zelda-like upgrade mechanic. And a Troupple, which is The Best Thing.

And the winner is…

At this point you’re probably wondering where Fallout 4 is, right? I mean, I was very excited about it. I bought the £100 Pip-Boy special edition. I literally bought a PS4 for the sole purpose of playing the game when it came out (there were other PS4 games I wanted by that point, sure, but none to prompt the console purchase). When it arrived, I wasn’t disappointed. It is incredible – a step up from Fallout 3 in so many ways, streamlining some annoyances and looking far more impressive. The new base building stuff is almost completely pointless but is so much fun. The world is amazing and exploring is so much fun. It really is fantastic. So it’s my Game of the Year, right? I mean, I’ve not finished it but I have put over 50 hours in and know I’m going to double that. So, my Game of the Year 2015 is… 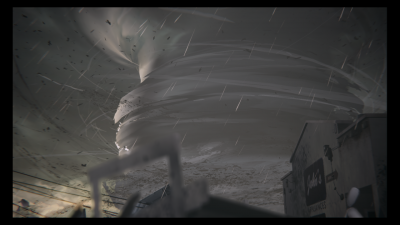 It was a surprise for me, anyway. When episode 1 came out, I didn’t know about it. It was only after hearing Sean Bell and Joe Skrebels on the Midnight Resistance podcast enthusing about the flawed but awesome first episode that I even found out about it. It piqued my interest, but not enough to consider it further. In a later podcast episode 2 was revealed to be even better, and when episode 3 came out there was a sale on PSN for the whole series and I took the plunge.

I said a lot more about it at the time, but it turned out that what started as a teenage angsty adventure game turned into an epic time-travelling work of art with genuinely real-life affecting emotional decisions. A time rewinding technique is rarely used well in video games, but not only is it done so well in Dontnod’s series, it’s merely one device in a clever and complicated story. Each episode ended on increasingly traumatic cliffhangers, with twists and misdirection scattered throughout keeping everyone guessing right to the end. And what an end – an ultimate choice in every sense of the word.

Harrowing and bleak, but funny and heartwarming all in one package, and not something I’d experienced in gaming anywhere near this degree before. I thought Everybody’s Gone to the Rapture had upped the human emotion bar pretty high, but Life is Strange scaled it and went far beyond. Backed by a haunting soundtrack and some fantastic art direction, it is more than a game. It’s more than a film, more than a story. In fact, I’m not sure what it is, but I’m hoping that following its success we see more of this sort of thing.

If you’ve not played it, I urge you to do so. It’s out on most platforms and all five episodes can be had, in total, for less than £15. A bargain for one of the most important games of all time, and far and away the best game of 2015.