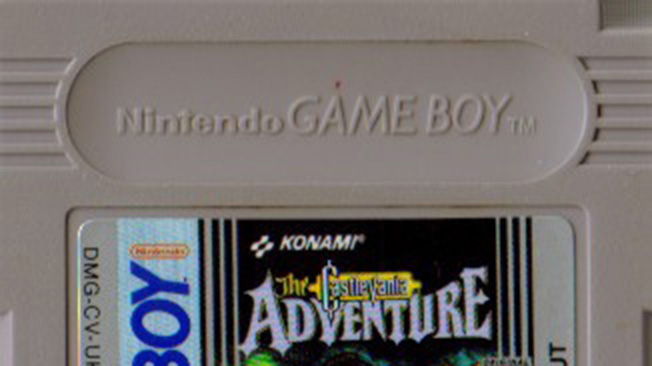 With types of media already sorted (see part one here), it’s time to rank within types. In this post, I’ll be looking at cartridges. Remember, if a cartridge isn’t listed (like the Colecovision) it’s because I don’t have any first hand experience with them. Oh, and I’ve decided Lynx cartridges are actually more like cards, so it’ll appear in that list instead.

By far the biggest and most varied category, so probably the most difficult to organise into any sort of order. But I’ll try! From worst to best:

NES Cartridges
We love their iconic size and shape, but we hate that they suffer from dust and residue problems on the contacts – more than any almost other cartridge type listed here. The size is also completely unnecessary, as aside from the connector they’re internally identical to Famicom cartridges which are about 1/3rd of the size. In fact, some NES games literally have Famicom cartridge innards with a pin adapter attached. The Pinbot cartridge, for example, can be opened up to reveal a removable and reusable adapter. Also iconic, but totally unnecessary, is the whole Betamax-like cartridge mechanism on the console, which causes wear and tear on the slot pins.

Watara Supervision Cartridges
Actually, my Supervision is a Quickshot branded one, but the cartridges are the same. They look a lot like Game Gear cartridges, but like the Gameking, they have exposed contacts! Madness.

Gameking Cartridges
These are going right near the bottom of the pile. They’re literally just Game Boy cartridges with protruding contacts, like the WonderSwan cartridges. Yes, I love the GB ones, but this is cheating, and not even cheating well. Mind you, it fits in with the rest of the system, which looks like a Game Boy Advance and has poor clones of other games. Don’t know what a Gameking is? Read this!

Jaguar Cartridges
These look awful. The stupid sort of curved “handle” on the top of the cartridge, which looks like a pool noodle stuck to a swimming float, just ruins any chance they have of being anywhere near the top of the list. A terrible design which just makes them look tacky rather than powerful, which I expect was the real intention. They’re pretty solid though, so there’s that. And I’ve just realised I missed them off my list in Part One, so they’re not exactly memorable.

C64 Cartridges
Although they came in variations, some longer than others or slightly different shapes, most were very similar to Atari 2600 cartridges. Almost all of them have tiny boring labels too. They’re pretty dull, frankly.

Master System Cartridges
Boxy and boring, but instantly recognisable with their burgundy squared labels, Master System Cartridges lacked the variation appeal of other consoles. Almost every cartridge was identical with only the name of the game differentiating them. That said, they were well built, and formed the basis for the similar but better realised (and more rounded) Mega Drive cartridges that were to come.

Videopac Cartridges
The Philips Videopac G7000, an Odyssey 2 clone, has stonking cartridges. They’re massive, even though the board inside is mostly blank (so a little pointless, much like the NES ones), but what I like is the huge carry/pull handle on the top. A proper handle too, not like that terrible sausage affair on the Jaguar cartridges.

Game Gear Cartridges
A bit bigger than the Game Boy cartridges, with a nice raised grip, but pretty dull otherwise. They’re not iconic like the Game Boy ones, and although there’s nothing actually wrong with them, I just don’t like them very much. Yes, that’s a valid reason.

game.com Cartridges
These tiny little stubby cartridges are quite cute, but they’re also very plain and often badly moulded as they were so cheaply produced.

WonderSwan/WonderSwan Colour Cartridges
Very similar to Game Boy Advance cartridges in size and shape, these commit a might sin: the contacts protrude and are therefore uncovered and unprotected! This might not seem an issue, as they’re always either in their lovely little plastic cartridge cover or in the actual console, but it totally ruins how they look and makes me fearful that just touching the contacts by mistake might make the cartridge explode.

Super Famicom/SNES Cartridges
They’re a little bigger than Mega Drive cartridges, and they’re a lot whiter, but ultimately they’re not that different. They sometimes have a split cartridge connector, with a long connector in the middle and two (mostly unused) shorter connectors at either end. The US versions with their squared off edges look terrible compared to the sleek PAL/JP cartridges though, so they’ll need to be elsewhere in the list!

Nintendo 64 Cartridges
An evolution of the SNES cartidges. A similar size, a bit more rounded, and somehow feel quite a bit heavier. All that extra data I suppose, bulking them up.

Game Boy Advance Cartridges
Like half a Game Boy cartridge (in fact, it uses the same slot), the lovely aesthetic of the original is lost. They’re impossible to break, don’t have dust problems (somehow!) and are very small, but they’re missing something intangible, without which they’re not very memorable.

Neo Geo Pocket/Neo Geo Pocket Colour
Similar in size to Game Boy cartridges, but slightly fatter and a bit more square, these are a little less pleasant on the eye than but still lovely and chunky. They’re incredibly solidly built too – I’m confident you could drive a tank over them.

Atari 2600/7800 Cartridges
Now here’s an icon. The cartridge itself is a plain rectangle, albeit pleasingly chunky, but it’s the labels that really make it. In fact, just look at the screen furniture on this very blog you’re reading right now – it’s 2600 cartridge label inspired for a reason! There are three main styles of label: Early ones were either plain words or have a picture in the middle, later ones have shiny silver labels like something from 70s sci-fi, and Activision cartridges have mocked up screenshots on them. They’re all so classy, and I love the colours, the fonts and the styles. There’s something very pleasing about stacking a load of 2600 cartridges up and looking at the top labels too:

Uniformity but stylish. As for 7800 cartridges, they’re virtually the same but they labels aren’t as good, sadly.

Famicom Cartridges
Very similar to the shape and size of the later Mega Drive cartridges, but much more rattly. They’re plasticy, feel flimsy, and frankly I’m amazed they still work as they’re also seemingly very prone to oxidisation on the contacts – certainly mine seem to need cleaning every time I use them. What I really like about them, however, is the colours. The plastic of the cartridges themselves are all sorts of different colours – something not used by many other consoles. Sure, there are coloured Pokémon Game Boy cartridges, and the odd one or two others, but these are exceptions whereas the array of colours for the Famicom is incredible. Super Mario Bros USA is pink! Pink! 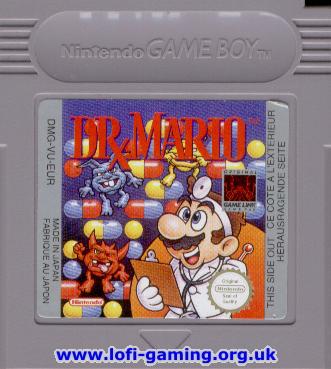 Game Boy/Game Boy Colour
There’s something very pleasing about the dimensions of the Game Boy cartridges. Not just their size, but their aspect ratio is perfect on the eyes. The “Nintendo Game Boy” logo recess on the front which doubles as the “grip” to remove them, the little notch taken out of the corner so the handheld’s power switch holds the game in – it’s a triumph of design. The Colour versions are very similar, but more rounded and the grip part now bubbles out, reducing the appeal a little. Unfortunately, both types, like the NES cartridges, seem to suck dust out of the air and so contact cleaning is frequently necessary.

Mega Drive (and 32X) Cartridges
These are the definitive definition of game cartridges for me. There was some silliness with the western cartridges having slightly different outer plastic shells to the Japanese ones (which I slightly prefer), meaning they physically wouldn’t fit in each other’s slots (oo-er) but this feeble region locking was easily defeated with an adapter. Or, if you were brave (and stupid), you could take a Dremel to the console’s slot. The cartridges never seemed to need dusting, they have a nice “grip” inlay and seem almost indestructible. EA, Acclaim and Codemasters for various reasons had their own variants of the same design: EA made theirs taller, apparently to appear superior, and added a yellow tab which I thought for ages was a removable battery – it was literally just a yellow tab, and Codemasters included two extra joypad ports in their “J-Cart” games, but ultimately, they were the same basic design as Sega’s. 32X cartridges are almost identical to Mega Drive ones in terms of size and basic shape, only they have a slightly recessed label and “speed lines”, which I don’t like as much so they can be listed higher up.

From worst to best cartridge[ref]I have typed that word so many times now it has lost all meaning[/ref] media. Yes, I really did put NES last because although they’re great, they’re such a wasteful lie:

Join me again next time when I rank some other types of media! Who knew this was going to be such a long process?!