As far as I know, nothing to do with Esther McVey or Esther Rantzen. 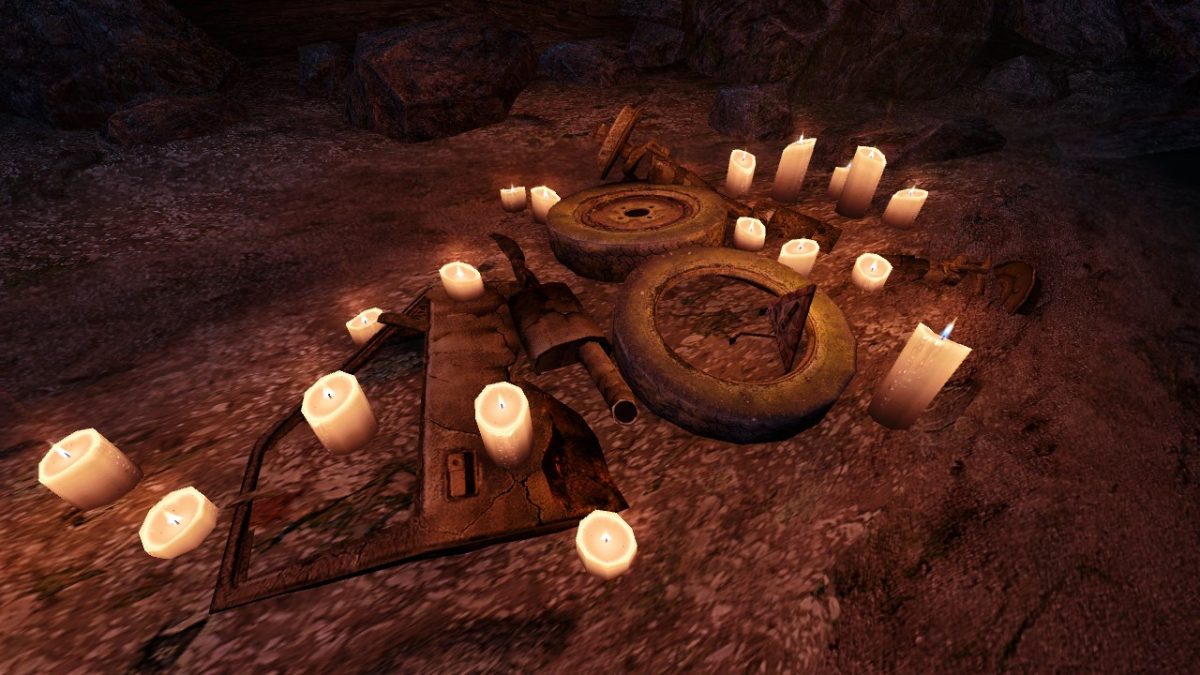 What was the meaning of Dear Esther?

Ah, I remember Dear Esther. It was probably the first proper Narrative Discovery Game 1 I played, back on a warm April afternoon a couple of years ago. I remember it was warm, because I had to open the window. I also remember I had to connect my Macbook Pro up to my TV in order to play it, then dig out my wired Xbox 360 pad, then sort out getting the screen resolution correct, then redo everything because when I closed the lid, my Macbook went to sleep and broke all the settings. Anyway, eventually it was all working well, but I never bothered playing games this way again.

Back then, I was a bit derogatory about Dear Esther. I suggested it wasn’t a game, as there’s no gameplay, but having played more of this type of game I’ve changed my mind – the game is to discover the story. There’s still not a lot of actual “playing”, but that doesn’t really matter.

As for the actual meaning of the game, well, it’s been two years and I’m not looking anything up for the purposes of this post so I could well be miles off the mark and have totally forgotten everything. Still, that won’t stop me.

Your man who you control is on an island. He discovers things on the island which somehow link back to bits of his life, including Esther. As you explore, broken bits of story are narrated to you, and the idea is you piece everything together to figure out 1) what went on, and 2) what’s actually going on now. Lots of things are, I suspect, metaphors and allegories with some more obvious than others.

Take, for example, the image at the start of the post. It’s like a little shrine to a broken car. I can infer from this that something happened involving a broken car. Do you see? At the end (spoilers, sorry) your man climbs a big radio mast and jumps off, turning into a bird who then flies around the island. I think this means he killed himself?

Your man had been drinking. He went for a drive in his car, like a naughty fellow, and got into an accident. I think he hit this Esther person, or she was in the car, or something. She was in hospital for a period of time (I’m pretty sure this is referenced somewhere in the game, at least), then presumably died. Your man was then wracked with grief, deciding to kill himself in the end whereupon he was finally free of his grief.

Possibly. And the island doesn’t really exist. I suspect maybe he was in a coma following a suicide attempt and the island was a Life on Mars-style limbo, with the on-island mast jump causing his final death… or! Maybe it didn’t! Maybe it released him from his coma now he was able to deal with what he’d done?

One of those things. It was a stupid question anyway.