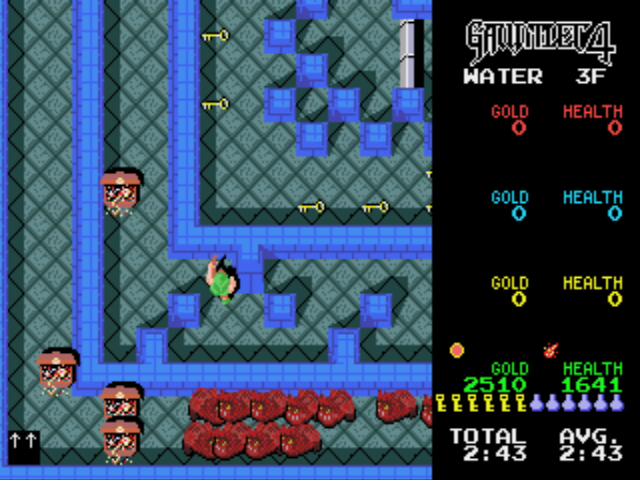 It’s the letter that brought you what is probably the easiest game ever created – The Great Waldo[ref]More correctly, we call him “Wally”, as in, “Where’s Wally?”, but this was a Genesis only release.[/ref] Search! Not only was it easy, you could make it even easier with a “helper” Player 2. And it was rubbish.

Obviously that won’t be winning here, but then neither will Golden Axe (any of the three) because they’re not actually that good. They’re not terrible, far from it, but I’ve never understood the pedestal they’re always placed on.

Also cut are Greendog (terrible platformer #643), General Chaos (too cluttered and confusing), and Galaxy Force II (like Thunderblade and Afterburner, the Mega Drive port was a bit of a mess). No, those that made it through are: 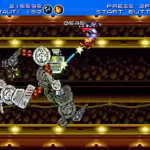 Gunstar Heroes is a Treasure platform shooter with a novel power-up mechanic (you equip up to two at a time and their powers mix). It, like most Treasure games for the Mega Drive, does incredible technical things, and the bosses especially are incredible. It’s fast, varied, and in places very silly. 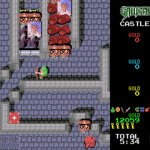 Gauntlet 4 is at first appearance slightly misnamed, as it’s actually a virtually arcade perfect port of the original Gauntlet game. This in itself is great, but what really puts Gauntlet 4 on this list is the fantastic Quest Mode. It’s virtually an RPG with puzzles played out as Gauntlet levels, with equipment and skill upgrades and a story and everything. 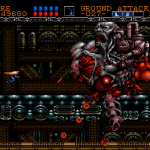 Gynoug is a side scrolling shoot ’em up with the unusual concept of a winged angel as the protagonist rather than some sort of aeroplane or spaceship. Yer man Wor has variants of all the classic shoot ’em up weapons, and the game features some immense bosses, most of which, like the smaller foes, are faces. It’s a bit gruesome, actually.

I know Gunstar Heroes has a more vocal following, and it is an excellent game, but it just can’t come close to Gauntlet 4. Gauntlet was always one of my favourite arcade games (even if it was unashamedly designed to guzzle your money), so to have an almost perfect replica of that on my console was great. But then to add Quest Mode which is worth the cost of admission alone. And! There’s even a multiplayer Battle mode as well, where you fight each other! Frankly, it’s pretty much perfect.