Literally nothing to do with maps. 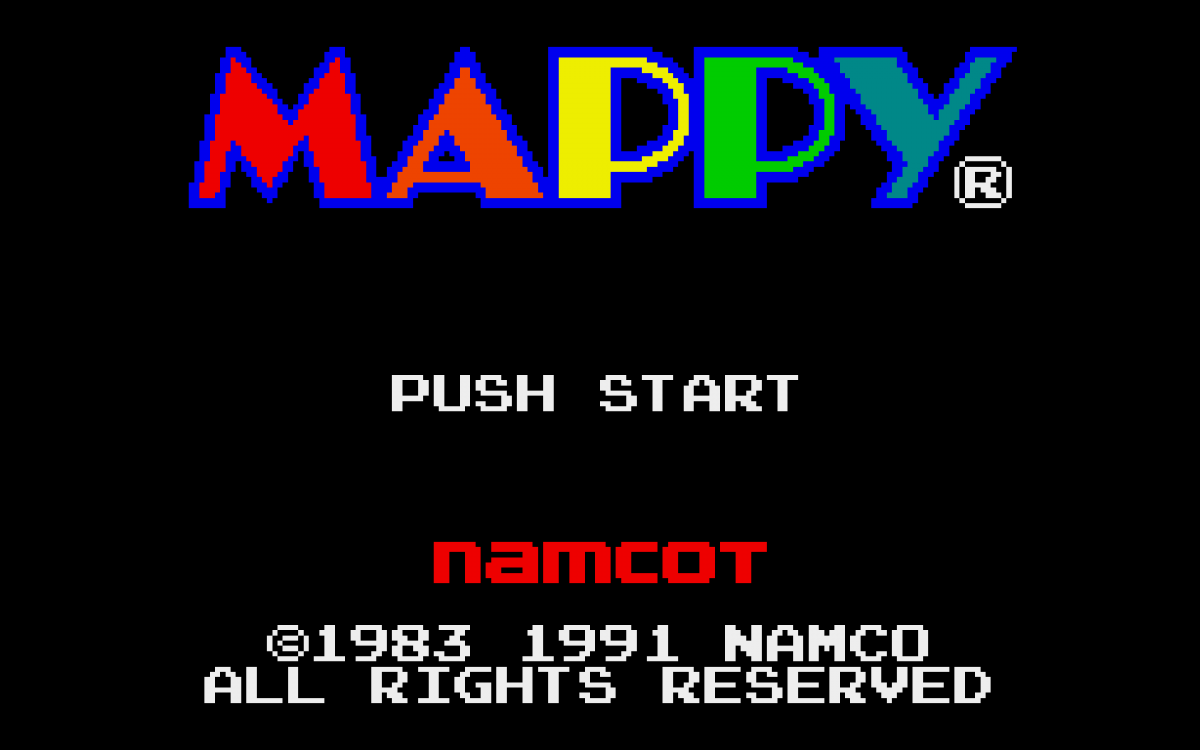 After last week’s Let’s Play, featuring Flicky, I got to thinking about another, similar arcade game from the same era: Mappy. Like Flicky, it’s a go-to title for testing emulators, in this case MAME on new devices. Why Mappy? Because it’s small, is one of the least demanding games MAME emulates (so it even works on stuff like the N-Gage) and it hasn’t had any ROM changes in over a decade – some MAME ROMs have changed over the years and need updating every so often, which can be a pain.

That said, I came across the Sega Game Gear version recently, and it’s that which I present to you today. It’s the same game, but on the smaller viewport of the Game Gear’s screen, it looks cuter than the original somehow.

If you’ve never heard of Mappy, let me explain it to you without the benefit of ever reading a manual or seen any instructions or plot (there’s a plot?): You’re a policemouse (presumably called Mappy), and have to steal a load of paintings, computers, and other valuables before naughty cats catch you. You have no weapons, so mainly have to avoid them by making use of the trampolines that bounce you up to higher levels (you’re invulnerable on them, but after a few bounces they break and kill you). You can stun baddies by opening doors in their faces, however.

Why a policemouse is a dirty thief isn’t ever made clear. Neither is why you’re a mouse. Nor what all the cats are doing in the houses you’re raiding. The trampolines aren’t explained either. Weren’t video games in the 1980s weird?