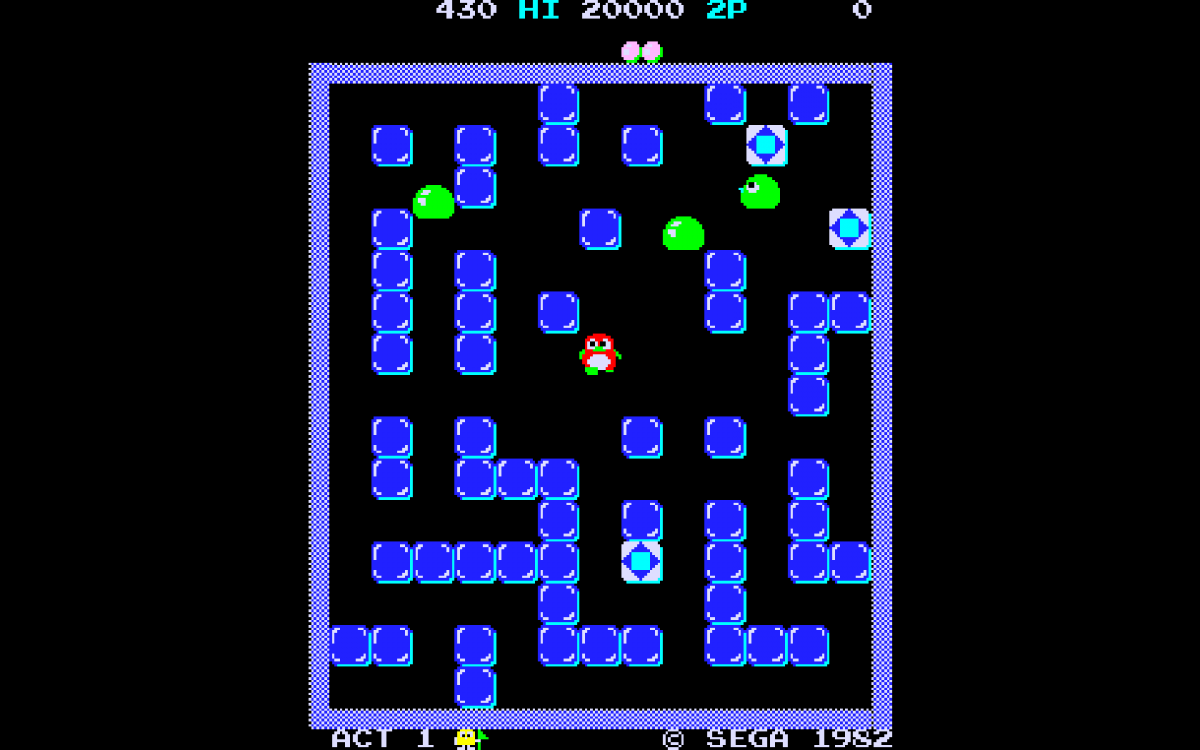 Since I’ve been looking at old arcade games in the last few weeks, I thought I’d bring up another – Pengo. Now, like most old arcade games there were many clones, especially for home computers, and Pengo was no exception. Also like many games at the time, I played the clone first – see Ground Attack rather than Scramble, Road Toad rather than Frogger, Orbiter rather than Defender, Pacakuda rather than Pac Man, and so on.

In this case, a game I had called Eskimo Capers turned out to be not as original a concept as I’d thought: it was a Pengo clone. 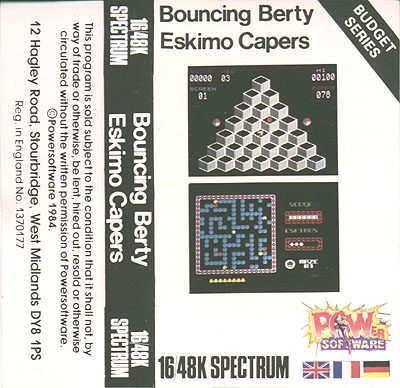 There’s a slightly funny personal aside to Eskimo Capers too. It came on a cassette, and the inlay said “Bouncing Berty Eskimo Capers”. Two screenshots clearly showed that they were two different games, but I never realised this, thinking the game was called “Bouncing Berty in Eskimo Capers” and the screenshots were from two different parts of the game, one of which I wasn’t good enough to reach. Many years later, instead of rewinding the cassette one day when I came to play it, I just lazily turned the tape over (back then, most game tapes had the same program on both sides) as it was quicker. Imagine my surprise when Eskimo Capers turned out to be a totally different game to the Q*Bert clone (before I knew what Q*Bert was) Bouncing Berty had always been.

I digress. Once I’d discovered Eskimo Capers properly, it became a favourite of mine. And then I found Pengo.

The aim is to line up the three blocks on each level. Blocks can be pushed, even those that don’t need lining up, in order to rearrange them and squash baddies. Just like in Eskimo Capers, actually. Thing is, and unlike Eskimo Capers, it’s blimmin’ hard.