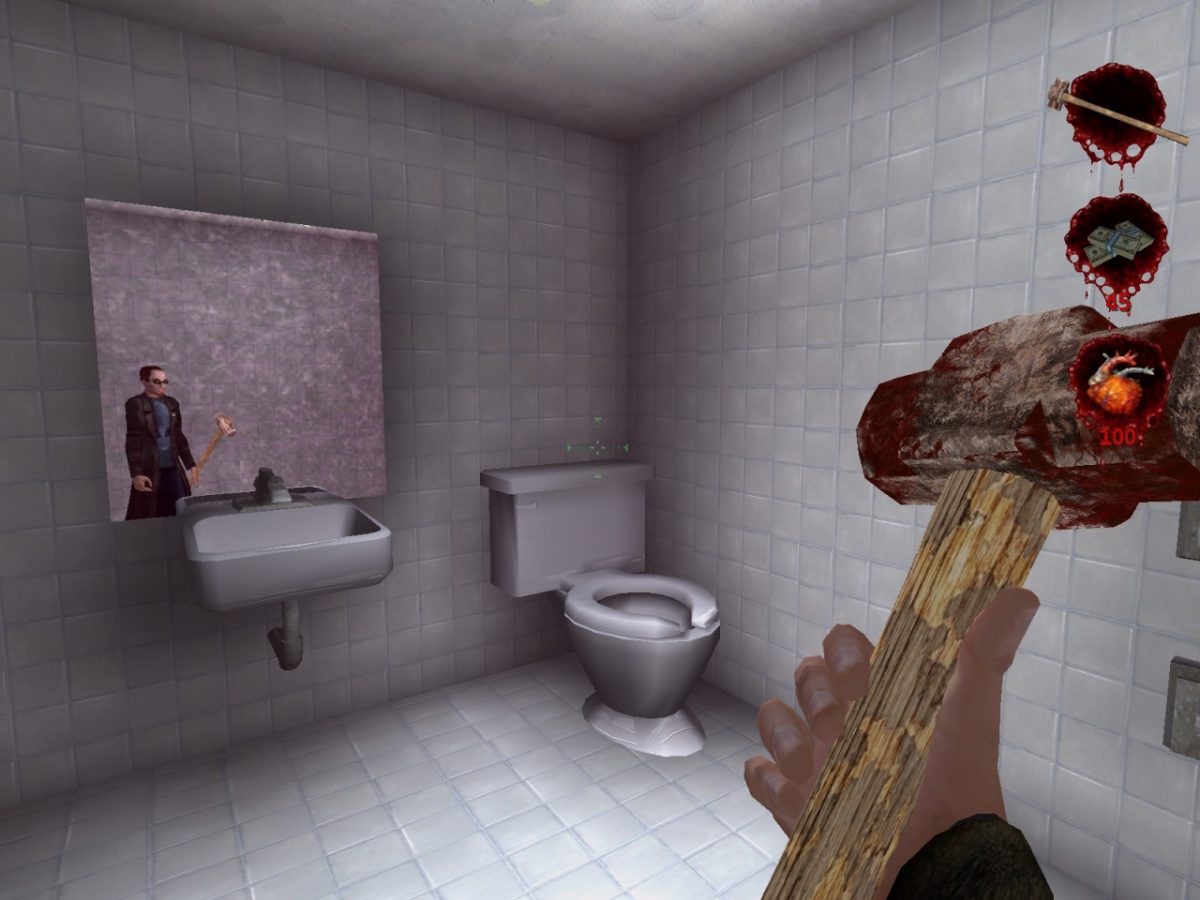 You may recall that something I collect is screenshots of toilets in the games that I play. For reasons I don’t fully understand, of course, but who doesn’t like a good WC in any game they happen to be playing? It’s the best bit.

I archive all the bogs I discover over on Tumblr, and here are a few I’ve found since my last post on the subject.

Firstly, some frustratingly inaccessible lavatorial areas, like this one from Grim Fandango. Manny can go in, but sadly, we can’t follow. Also, Manny is a skeleton so not sure how his waterworks, er, works.

Following on from bogs-you-can’t-enter in Persona 4 Golden, the very Persona-like Tokyo Mirage Sessions #FE on the Wii U has a similar scenario:

Oh why must you tease us? See also the definitely not Sonic game Freedom Planet:

And this from Animal Crossing Amiibo Festival, where at one point in the game you clean these toilets, but you can never actually use them. Tch.

Previously, I mentioned about how outhouses are quite common in games, and since then I’ve found some more. For example, this beauty from Firewatch:

“Have a good time” indeed. Another outhouse is this, occupied until I got involved, from the game Goat Simulator:

Moving back to more modern looking loos, two games I’ve played recently that are rammed to the rafters with porcelain are Postal 2 (in which you can actually wee too, which is excellent):

Sadly you can’t use the sledgehammer to smash them. The other game is The Ship, which also features usable toilets:

The Ship also boasts one of those foreign squat’n’poo style conveniences, which is a lovely bonus:

Finally, for now at least, here’s one which I almost missed in the game Broforce. Can you spot the tiny Cold Throne?