The irony being, of course, that you never actually use your tank’s “trax”. 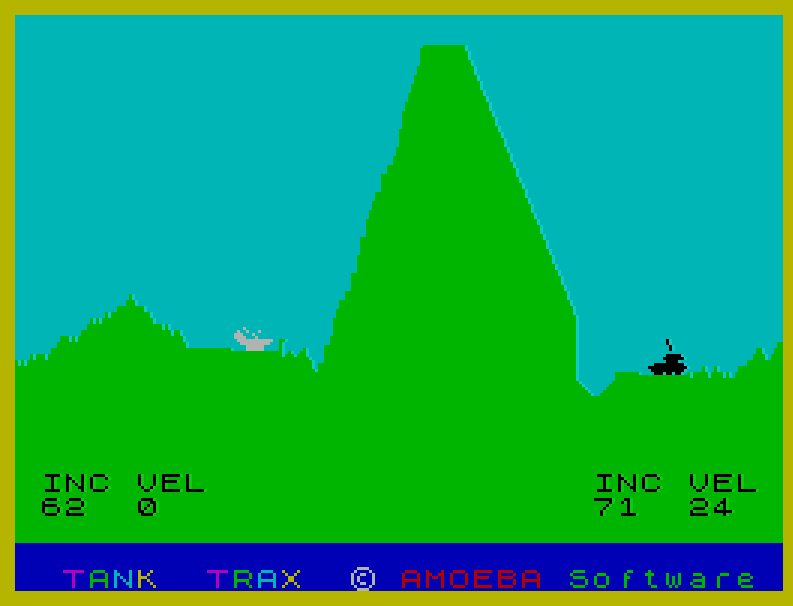 You know that there Worms? Pff. That ain’t any good. No, what you want is the Spectrum’s very own answer to GORILLA.BAS (the real reason everyone wanted a PC back then), where instead of gorillas throwing explosive bananas, in Tank Trax you have the much more realistic scenario of tanks shooting each other. Tanks that can’t drive anywhere, for some reason.

Like Worms, and Ants, and S*P*U*D and GORILLA.BAS, Tank Trax is a two player strategy/maths/geometry game, where you have to aim your turret up and down, decide the shot velocity, and blow up the opposing tank. Randomly generated levels with mountains (or slightly less mountainous foothills – you choose) and wind effects mean every game is different, and despite how bloody slow it plays and how basic it looks, it’s still a lot of fun.

Originally released by Amoeba Software, it was actually re-released by Mastertronic a while later and repackaged in their iconic livery. For some reason, this was always one of my favourite inlay cards from my Spectrum collection: 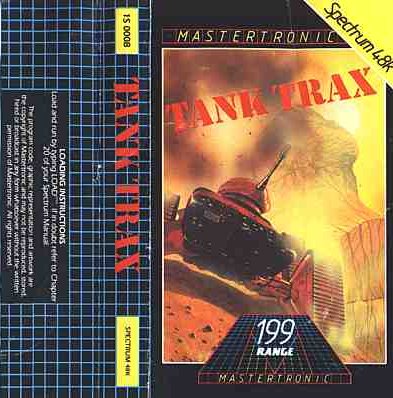 There was always something pleasing about that Mastertronic logo and having a set of matching games on the shelf. The “199” range bit refers to how the game was £1.99. Imagine! £1.99 for a game!

Controls (from the inlay):

You also need to press Y or N as necessary when starting the game and it asks you if you want to alter names or have variable wind.