Wasabi? A yellow insect with a sting. 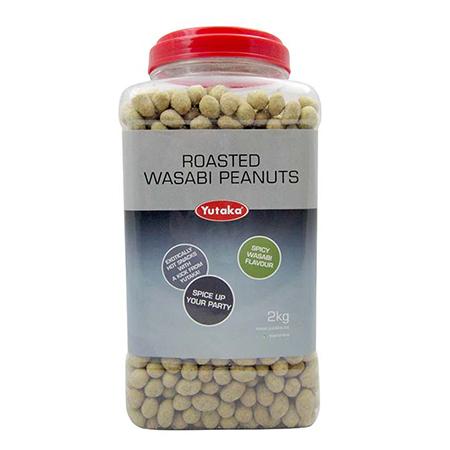 Not that long ago, I had a craving for some wasabi peanuts. Either the coated type or the dusted type, I wasn’t that fussed, but my local shops didn’t have any. This was disappointing, but it set me off looking for them with a keenness.

After trying many shops, it became clear that they had gone. They used to be there, I remember buying them, but now they are not. Tesco, Morrisons, Asda, Sainsbury’s – nothing. I even asked in Holland and Barrett, who told me they had literally just discontinued them and I was the second person to ask that week.

Even Graze, who I used to use a lot 1, no longer have any wasabi peanut products. There has to be some sort of conspiracy. Yutaka, who make them, point to a number of companies who supposedly stock their product, but guess what? They don’t.

Of course, you can still buy some, of a different brand, on Amazon, but the high street is devoid. Wasabi peas are still easy to come by, but they’re not the same. Wasabi rice crackers aren’t too hard to find either, and Holland and Barrett had a range of other wasabi covered pulses and stuff, all of which are nice but aren’t wasabi peanuts.

I’ve ended up buying chilli coated peanuts instead. They’re hot (at least, some of them are – the Sainsbury’s birds eye chilli peanuts are, the H&B ones less so), but again, they’re not wasabi. I’ll have to just get some online, but chances are, by the time they arrive, I’ll have gone off the idea. Or I’ll order too many and be sick of them. Or worse, I’ll hate them and never want to eat them ever again.