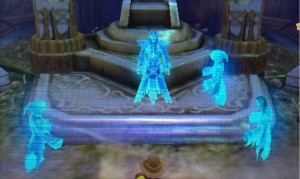 What seems like a very long time ago now, there was a sale on at some place I don’t even recall where three 3DS games were a tenner. Or something. One of those games was Heroes of Ruin, and since it was the first time I’d seen it alone for under ten quid, let alone with two other games for the same price, I leapt on it (along with Tetris and Steel Diver). Then they all went on my backlog shelf, and time passed.

Even longer ago, I’d played the Heroes of Ruin demo, and really rather enjoyed it. Why I didn’t start the full game the very second it arrived, I’m not sure. I was probably playing something else at the time.

Not very long ago (last week) I finally got round to making a start, and very recently (today) a finish.

For the first few hours play, I was hooked. The game plays out much like I’ve seen and read (but never played) Diablo does, or Skylanders, for that matter. You choose one of four classes of character (I went for Gunslinger), and then enter levels where you complete quests. These range from finding items, through defeating bosses, to solving some very simple puzzles. Or just reaching the end of the level.

In each level, you defeat foes who get increasingly more dangerous, but you get increasingly more powerful and well defended as you level up and find (or buy, not that you need to buy anything) better items and unlock new buffs and skills. You can return to areas later on to grind if you want (but you never need to), or complete other optional quests (which you never need to) for more money and XP (neither of which you need to grind for). 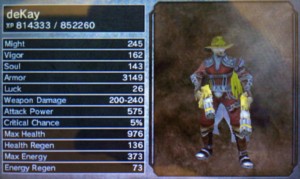 After a while, you move on from one type of area to another (you start in the caves, then go into the forest), which is filled with different, but similar quests and different, but similar, enemies. Later, the forest gives way to snow covered mountains, and that into a sort of ruined magician’s lab in a hole between dimensions. But the quests and enemies are strangely familiar.

And that’s it. Four areas. Sure, each area has several levels, but they all look the same. In fact, I’m pretty sure most are the same, just with the camera angle rotated. Which is a problem. Combined with the palette-swapped baddies and repetitive quests, Heroes of Ruin just feels like they didn’t spend enough time with it. Another couple of level types, a few more quests which aren’t the same as those already in it, and some more enemy designs and it would have been so much better. It doesn’t help that it’s such an easy game either. I didn’t die, never once had fewer than 15 of my 20 health potions left, never once used an energy potion, never needed to grind for XP, and never needed to spend a single gold coin. Only the final boss caused any real problems, and even that was only because he took ages, not because he was difficult. 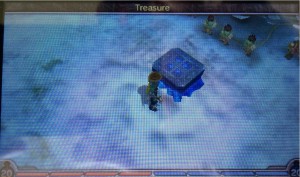 I did play multiplayer a bit (it has drop-in, drop-out play for up to four players) which is fun, and even had voice chat, but ultimately it doesn’t change the game in any way, aside from make it even easier. For much of my playthrough I didn’t have anyone to play with anyway.

As it is, there’s no way I can complain for £3.33, and I did enjoy it a great deal, but I can see why it didn’t get the sales it could have.