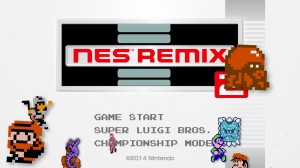 I loved the original NES Remix. Even though several of the included games were, er, not of the best quality (Pinball, Clu-Clu Land, Urban Champion, Golf), the package was fun and the challenges were great. Getting Remix 2 was always going to happen.

And it happened! And all was good. 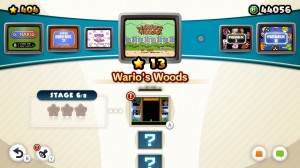 The selection of titles this time round seems much better. That’s not surprising as Nintendo have picked some later NES titles for this sequel – Metroid, Super Mario Bros 2 (and 3), Zelda II, Kirby’s Adventure, and what I believe is what the final official NES game, Wario’s Woods.

If you’ve played the first Remix, you know what to expect here. The bulk of the game is made up from playing short sections of the NES games, often with different rules (take no damage, collect X coins, you can’t jump, etc.). The rest of the game is taken up with remix levels.

Here, the games are modified more severely, such as being all in black and white, or the screen is upside down, but some are mashed up with other games. Collect all the coins in a Mario level, as Samus, for example. Disappointingly, and like the first game, these mash up levels aren’t as frequent as you’d hope. There are more in this outing, but still very few. 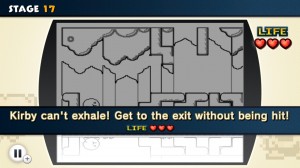 It is great, and technically – due to the better game selection – it should be better than the original, but it falls a little short. One reason is that it is generally a lot harder. Perhaps some people wanted this, but I found the first game just about hard enough. Here, I’m struggling to get even two stars on some challenges, whereas I got three stars without to much difficulty (comparatively) on most of Remix 1. A Kirby challenge where you can’t deflate, and a Punch-Out!! one where you have to beat a super powered Glass Joe (quickly!) almost caused the death of my gamepad.

Another reason is there doesn’t seem to be as many games. I’ve not counted, but I’m sure there aren’t. Certainly, in the unlocked Bonus section, there’s just one – the terrible Ice Hockey game. I’m sure the original had more. 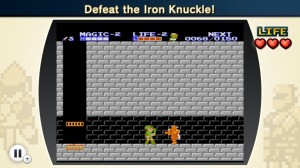 Having said that, there are two pretty big additions to this iteration. Firstly, despite just missing out on The Year of Luigi, is the inclusion of Super Luigi Bros. Sure, it’s just Super Mario Bros, but mirrored horizontally so you now run right to left instead of left to right. Luigi’s physics more closely match his strange jump movement of more recent games too. 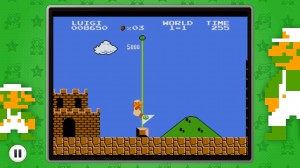 Secondly, there’s Championship Mode. Here, three challenges are thrown at you and when you complete them you’re put on a worldwide leaderboard. It’s supposedly set up to resemble ye olde Nintendo Championships, and works well. There’s only one set of three challenges so far, but I presume others will follow.

As you can see from the title of this post, I’ve completed NES Remix 2.  I don’t have all the stars (I’ve about 410 overall, I’m not sure how many there are in total – I’d guess around 500), but I’ve completed every challenge in the game and unlocked all the Remix and Bonus challenges (and beaten them, too). 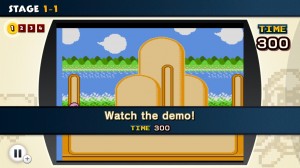 It’s definitely worth a purchase, and certainly a lot of fun, but some better challenge choices and more work on mashups would have bumped it up the “needometer” a little. The replay option (you can even replay how people who posted on Miiverse played, which is nice) is a great addition but ultimately doesn’t fix the few slight issues.

And the challenge where all you have to do is watch the “how to play” demo on Kirby’s Adventure? What? Who thought that would be a good idea?