A few things that might not warrant a full post each. Or I’m lazy. Or both! Or neither.

Technically, I’ve been playing this on the Wii U, but it’s actually the N64 game on the Wii Virtual Console via the Wii U.  Erm, but anyway.

I’ve not got very far in, and playing it was mainly to entertain my daughter, but I’ve picked up about 15 stars. It’s still one of the best games ever made, and as good as Super Mario 3D World is, this still bests it by a considerable margin. Not bad for a game that’s 18 years old! 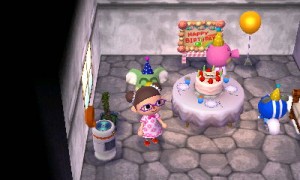 It was my birthday, and the animals threw me a party! And some sent me (terrible) presents. But the thought was there.

I’m now just 4 weeks away from having played this for an entire year. I’ve still got so much to do – I’m nowhere near filling either the museum or my catalogue, and I still don’t have a police station. Still, I did manage to get a new tree stump pattern I’d not managed before. Looks like I might be playing this even after my 365 day stint is up… 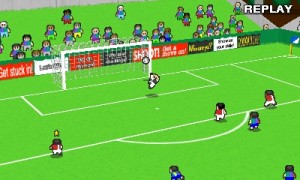 I’ve been promoted to the third league (the one with the football as the logo), and spent the summer training, playing Italy a lot (which gives you loads of cards), buying some new players (some of mine have aged already, and are dropping stats!) and preparing for the new season.

Which started badly as I lost my first game. Thankfully, it was only to the team that had just dropped down from the next league up, so I should still be able to beat everyone else. In fact, I have beaten two other teams already, so things are looking up!

I wish my striker, Jaimie, could manage more than two matches without getting injured though. Useless.