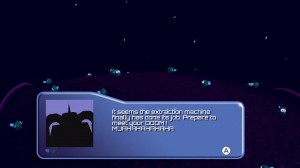 When this was shown in some eShop roundup a while back, I was only slightly interested. Since then, I was less and less interested as the screenshots I’d seen looked pretty poor and, well, I had too many other games to bother with it. However, when it was released last week (or the week before?) it was on special offer for just £4. The videos made it look a bit more impressive than the screenshots, so I thought, yeah, OK.

I was pleasantly surprised. It isn’t a fantastic game by any means, but it’s fun enough. Rolling Armillo around feels a little like games such as Kororinpa and Mercury to start with, with some Mario Galaxy “on a planetoid” inspiration. Sadly, it’s no Mario Galaxy in gameplay, although it does have a similarly huge number of ideas in one game. 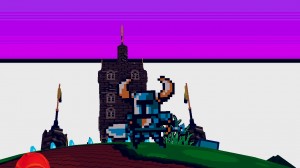 Whereas Mario Galaxy’s levels were all different, with many throwaway (as in, used once) ideas that the levels were based around, Armillo’s ideas mostly feel shoehorned in. Few of them are truly bad ideas, but there are too many, with hardly any of them fully realised.

For example, there’s a powerup which turns the game into a twin-stick shooter for a few minutes. Another which makes you big to squash things. Keys to find, switches to press, buttons which duplicate your ‘dillo. Even a whole timed section in each level. There are bonus levels (some of which aren’t optional) which are side-on platformers – again with several unnecessary ideas.

It’s also pretty short, although I haven’t found all of the bonus and secret (yes, it has both) levels. There’s also a really nasty screen freezing bug which almost pauses the action for a couple of seconds – which happens at least once on most of the levels.

Perhaps with some more polish – on the bugs, the presentation, and the puzzles – and with some of the fat trimmed so fewer ideas were included but they were fully developed, this could have been great. As it is, it’s well worth £4, but it’s by no means a must-buy.