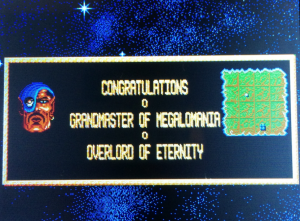 It can’t be two and a half years since I last played this. Surely. I’m sure I’ve played it more recently. Maybe I did, but didn’t mention it.

This playthrough had a rare occurrence! Usually, when I reach the final level, I have nobody to beat and just instawin. You see, in the last few epochs, you’re supposed to hibernate some of your men so they’re around for the final battle. 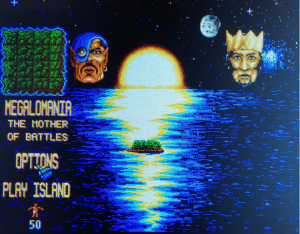 Your rival gods are supposed to do the same, but they almost never do, meaning you reach the end fight and have nobody to fight against. This time, though, I had someone to beat!

And that took ten seconds as I had ten times as many men. One day, Mega-lo-Mania! One day you’ll beat me!