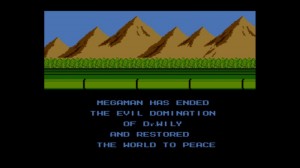 When I downloaded Mega Man X the other week, I didn’t really anticipate playing any of the older Mega Man games. I sort of intended to play X, and, if I liked it, to pick up X2 and play that.

Capcom clearly anticipated this and in their recent sale (all the NES Mega Man games on the Wii U Virtual Console are half price) failed to drop the price of X2. This forced me to pick up the original Mega Man, and, just in case I liked it, Mega Man 2 as well. I nearly got all six, but that would have been silly. 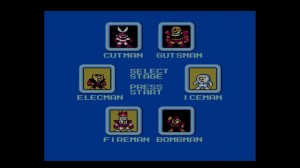 I’m now probably going to get the rest of the six before they put the price back up.

As previously mentioned, the NES Mega Man games mostly passed me by, and it was only Mega Man 9 and 10 that I actually put any time into (and completed). Until now.

First impressions were as I expected. It’s the same as Mega Man X only without the ability to dash, no charged shots, no passwords,  six rather than eight bosses, very little story exposition, and (obviously) poorer graphics. It’s the same damn game, in other words. Which is fine, actually. If it ain’t broke clearly worked for the series. 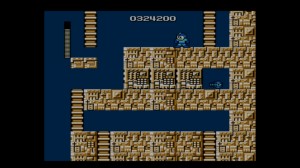 In advance of playing, given the difficulties I had in X, I looked up the “correct” order for doing the bosses. This meant every (main robot) boss was easy, aside from the guy I was supposed to use Gutsman’s power for (Cutman, I think), and at that point Gutsman’s power appeared to do nothing at all. It was only later in the game I found he could pick up and throw blocks, so I had to beat Cutman “normally”. Thankfully he was easy.

Also like X, the final stage was split into a few sections, with a SuckySuck(TM) bit near the end (Boss Rush, if you didn’t know) before a two part final boss. 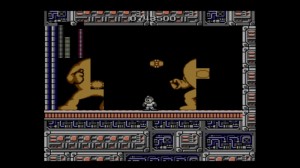 The game was pretty short, taking maybe 90 minutes in total, but very difficult. In particular, some of the horrid appearing-and-disappearing block platforming sections (also in Mega Man 9) and a moving platform on a rail which “flips down” to drop you off, were especially swear-worthy. Those jumping robots on a single leg which appeared before most of the boss fights were a pain too.

Now onto Mega Man 2, I suppose!