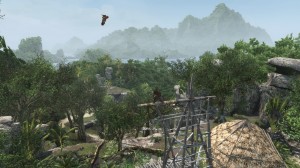 Assassin’s Creed III was a disappointment. After the great previous three games (especially Brotherhood), Ubisoft seemed to throw all the fun out of the game and fill it with useless and tedious sidequests. You can see it started a little in Revelations with the ill-advised Tower Defence bits, but aside from one single mission it was entirely optional and avoidable, but III was filled to the brim with nothing I wanted to play. Naval battles. Ship upgrades. Homestead improvements. Yes, I know ACII had the Monteriggioni stuff where you improved the region, but you did that with money – not hunting and trading and zzzzzz.

The actual previous-game style Assassin’ing in III was great. Stalking your mark, taking out guards from cover, all that sort of thing. It’s just a shame that wasn’t what most of the game involved. I also wasn’t a fan of the tree climbing – I much prefer cities and rooftops. If it wasn’t for the story (as in, the “modern day” story), I don’t think I’d have bothered with Black Flag. 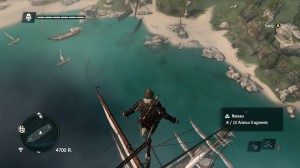 You see, the problem with Black Flag, before you’ve played it and if you didn’t like the bits of ACIII that I didn’t like, is that looks like it’s more of the same. More boats. More trees. Less actually being an Assassin and doing actual assassin tasks. It’s not Assassin’s Creed: It’s Pirates of the Caribbean With A Hood On.

Thankfully, I was wrong. 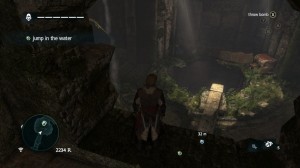 Not on everything. Oh no. Firstly, there is a lot of boating. Boat here. Boat there. Cannon that boat. Boat over to that fort and cannon that fort. Drive your boat between some rocks. Board other boats. Salvage cargo in your boat. Steal a boat. Upgrade your boat. BOAT. BOAT. BOAT.

Climb a tree. Hide in a tree. Use a tree as cover. Run along tree branches. Hunt animals. Stab crocodiles. AIR ASSASSINATE AN OCELOT. Gah. 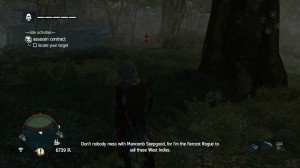 Even worse, is how most of these tasks aren’t even optional. At least in III you had very few boat bits unless you’re an idiot and wanted more. Once you’d done the hunting animals tutorial, you could ignore it forever more. In Black Flag, you need to hunt to improve your stats. You have to boat everywhere in order to get around the world. You can’t avoid it.

So why is it that I’m enjoying the game so much compared to ACIII? Because the actual Assassin’ing sections are excellent. For the most part, they’re in towns with rooftops and alleys and although there are tree and forest sections, they’re infrequent or part of the towns themselves. Havana even feels a lot like Constantinople, just with more palm trees and a larger Jamaican population. 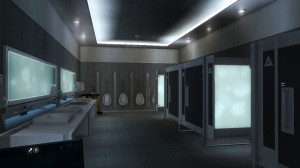 The plot has been good so far too. Both the Kenway time period stuff, with him wanting to make his fortune but then being a bad boy pirate and now is slowly coming round to being a good boy Assassin, and also the modern era with John the IT guy in Abstergo Entertainment’s offices. And the toilets. Very impressive toilets. I spent a long time looking at the toilets, for some reason. 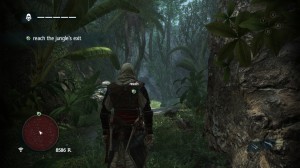 In fact, even the boat bits aren’t really all that bad. As boat bits go, they’re probably just about the best boat bits in any video game. My issue is more to do with I don’t want them cluttering up my Assassin’s Creed game, interspersing all the fun bits with boat bits. They’ve made an effort to integrate them a bit with proper AC gameplay, in that when you disable a boat or a fort you then get off your boat and take it down on foot, but still. Boats.

All these thoughts are, however, subject to change. I’ve played for about 12 hours or so, and reached the bit in the main story where James Kidd’s second revelation occurs (that is to say, I’m in Kingston and am looking for the Sage).