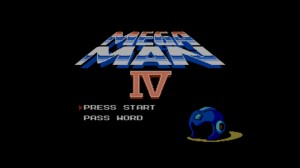 And so the steamrollering of Mega Man games continues. Once again, eight evil robots stood between Mega Man and Dr… wait – Cossack? Not Dr Wily? That can’t be right?! 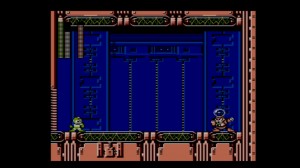 Robot ideas are running low now. Toad Man? Pharoah Man? Dust Man?! Rubbish. Oho! That’s a joke by the way. Dust Man is literally a vacuum cleaner who shoots rubbish at you. Pharoah Man is the easiest baddie of any kind (minion or boss or otherwise) in any game ever created ever, once you use Bright Man’s weapon, which freezes him allowing you to just keep hammering shoot. Also: “Bright Man”? Terrible name. 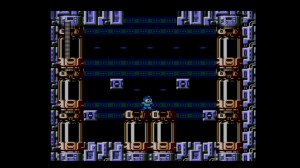 Mega Man 4 follows three Mega Man trends that I’ve noticed. The first is “add more stuff”. In 4, Mega Man’s Mega Buster has a charge shot. Something I thought he’d always had, until I started this adventure into playing all of the NES titles.

Secondly, Mega Man 4 is even bigger than the previous game. Again. As well as the main robot levels, you then have Dr Cossack’s castle, followed by Dr Wily’s castle. 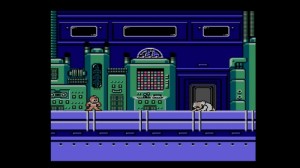 Finally, once more the game has become significantly easier. Specifically, in the bosses. Ring Man was hard, but every other boss was waaay easier than those in the earlier games. The final bosses were a laugh to beat too. I don’t even think it’s just that I’m getting better either.