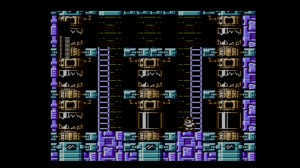 Yes, this did take a while longer than previous Mega Mans (Men?). Not in terms of actual play time, as this came in at a little over 4 hours, so slightly shorter than Mega Man 4 (bucking the trend of Mega Man games getting longer in sequence!), but in terms of number of weeks over which I played it. 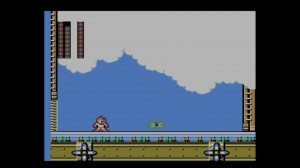 My excuse is HYRULE WARRIORS, which has eaten most of any game time I have. I’ll turn the Wii U on, intending to play Mega Man or UnEpic or Mario Kart 8, but ending up with Hyrule Warriors instead. Occasionally, sometimes, eventually, my finger has managed to successfully prod Mega Man 5 and I’ll play for a few levels.

This game’s “new thing”, as each game has so far added something, is Beat. A semi intelligent homing attack bird robot. Obviously. So pointless is Beat, that I didn’t even consider using it until the final boss battle. 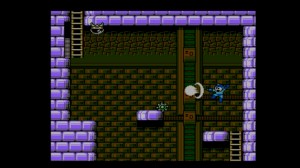 As for the rest of the game, it was more of the same. You can see they were really struggling with robot bosses and powers at this point, as many were retreads of previous ones. One of the levels tried to be a bit different with a sort of jetski section, but it was frustratingly hard and, ultimately, crap. Still, at least there was nothing as rubbish as Top Man’s awful flying spin-kick power, although the Charge Kick neared it. The final boss was similar to a previous boss (in Mega Man 3, I think – at this point they’re all starting to blur into one), but somehow even easier. Especially with Beat. Disappointing, in a way.

Overall I’d have to say it wasn’t as good as Mega Man 4, but better than 3, even though this breaks my until-now perfect run of sequentially better Mega Man titles. 4>5>3>2>1. I suppose it also breaks the run of getting bigger each time too, since it’s slightly shorter than 4. 6 next? Aye, go on then.