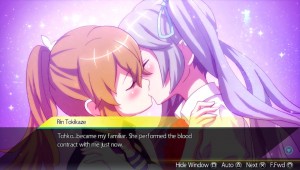 What? Two Vita games completed? What will the neighbours say? I mainly bought this game as a bit of a joke. I didn’t think I’d get drawn in and certainly didn’t expect to complete it. I just thought it was a silly game with a silly premise and wouldn’t really be very good. 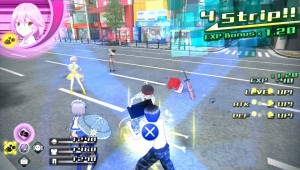 For the first few hours, I had issues with the controls and the camera. I wasn’t enjoying the combat, and there was a massive difficulty spike with the first “boss”, who took many attempts to beat. Then I realised that different weapons attacked in different ways, much like in games like Monster Hunter. Then I figured out the clothing and weapon modifying options, improving my attack and defence. Finally, I realised you could press R to centre the camera. Suddenly, most of my complaints disappeared, and although still a silly, sexy game, I was really enjoying it. The combat clicked, and I actively went picking fights to collect more items to improve my kit. 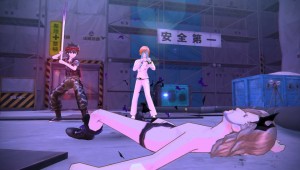 As the story progressed, I realised I was actually really rather close to the final battle, and sort of fell into the last hour of the game and completed it rather sooner than expected. I was slightly disappointed it wasn’t longer, but there’s a New Game + mode and a million untouched side missions should I want to return.

At its original price of £32.99 on PSN (I don’t think the western version even got a physical release), I’d struggle to recommend Akiba’s Trip, but it is surprisingly deep, fun, and has the sort of Japanese quirkiness and game in-jokes I like. At under a tenner, it’s definitely worth a shot. Just try to see past the, er, stripping.