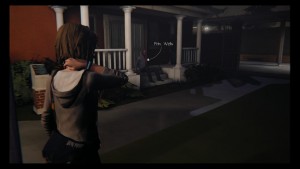 Now this was a mistake. On the one hand I really, really wanted to get on and play Episode 3 as the story of Life is Strange is so compelling, but on the other hand, Episode 4 could still be weeks away from release and Episode 5 is a distance future event at this point. I was going to leave it for a few weeks, to try and space it out, and make it a bit easier to bear, but no – “just a quick go, a teaser if you will” and it was all over. Bah.

As the plot progresses, it’s even harder to describe the events without spoiling things for my readers, but I’ll try. There’s a bit near the start where you have to somehow sneak past the principal which I was stuck on for ages. It turns out I’d not seen what he was doing early enough, so didn’t know there was a window of opportunity to get past him. 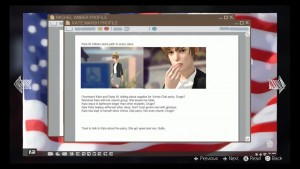 There’s a fantastic puzzle about how to get through a locked door, which starts off as what seems like a dull wander-round-and-find-four-things quest, but the payoff – amazing. After that Max and Chloe go for a midnight swim and there seems to be some sexual tension between the two, which is further suggested the following morning.

Anyway, the big (HUGE) event is in the second half of the game where it goes full Butterfly Effect and EVERYTHING changes. And I can’t wait to play Episode 4 as a result. Which, of course, I can’t do. Because it isn’t out yet. So frustrating!

As before, here’s me playing the second half of the episode (spoilers!):

And here are my chapter choices (also spoilers!): 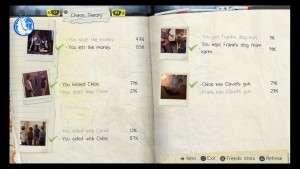