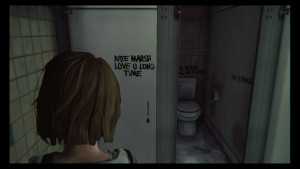 Oh my. That escalated quickly. Chloe nearly getting killed by a bullet, by a train and then the Kate breakdown… some really incredible scenes. Most of which I can’t really mention because of spoilers, and some of which might not even exist for you if you’re playing, because your choices may have differed.

One part that isn’t a spoiler, really, is the diner scene with Chloe. Max proves to her she can rewind time by correctly guessing what Chloe has in her pockets and then by predicting the future. Chloe’s reaction was awesome, and Max really felt like a superhero. Then, in the next scene Max is already feeling the strain of having powers – both physically and mentally.

Anyway, here’s my (full of spoilers) playthrough of the second half of this episode:

And, also spoilerly but in case you’re following my decisions: 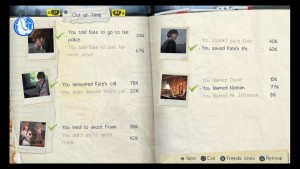