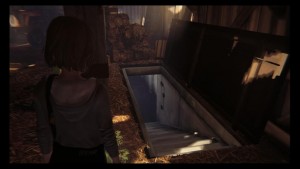 Well that was pretty hard to come to terms with. Four major incidents in this episode, in fact – none of which I can mention without the spoiler below:

[spoiler]Chloe asking you to kill her, you deciding to go back in time to save Chloe but kill her dad, finding Rachel, and the reveal at the end of who has really been drugging kids.[/spoiler]

I did say Nathan wasn’t quite what he seemed.

One thing I really did love about this episode was the detective bit, where you piece together all the clues you’d amassed – emails, texts, letters, photos, documents – and find links between them to trace where people have been, who they’ve seen, and when. Fantastic bit of game there.

Now, with the final episode an unknown number of weeks – or even months – away, I’m struggling to deal with no plot to follow. I need to know what happens next.

More spoilers in the form of some gameplay (which gives away the episode end):

And also, as previously, my chapter choices (which also contains big hairy spoilers): 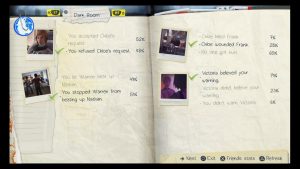