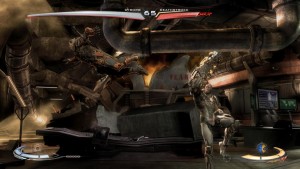 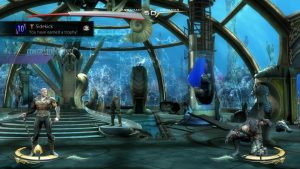 There’s little depth to the fighting, and in many ways the fights just seemed like the gaps between the story in single player mode, but something made me want to keep playing to the end. I liked how you’d flit from character to character as the story progressed too. Perhaps this is how more recent MK games have done things anyway, but it’s way better than the standard “tower of fighters” of old. It forces you to play as roughly half the roster as well, including some I’d never have picked through choice (Aquaman? LOLZ) who turned out better than expected in many cases.

I don’t think I’ll bother with multiplayer (I did try to play online, but I was alone), but the free PS+ rental was well worth  a story mode playthrough.