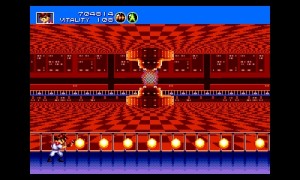 The second game of the day, with Heroes in the title!

I never completed Gunstar Heroes back in the day. In fact, I don’t think I ever played it much (I didn’t buy it until many years after release anyway). Or even enjoyed it. Yeah, I’m a heretic. 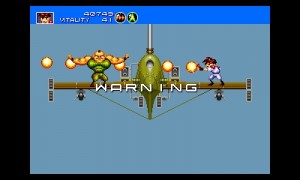 But there’s something about these 3D ports on the 3DS that make you want to play them anyway, isn’t there? Otherwise why did I buy Altered Beast again? Hmm. 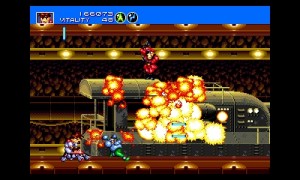 My main issue with Gunstar Heroes previously is it’s too hard. Or so I thought. One I’d picked up the “chaser/shot” combo it all suddenly became a lot easier to progress. Sure, I struggled a bit with some (most!) of the bosses, but the actual levels themselves were a walkover in comparison to previous attempts to play the game.

And it was fun! A lot of mostly mindless fun! Aside from Golden Silver at the end. He can do one. So many attempts.