Despite having played this before, a long time ago (on the Spectrum and Amiga at least, maybe once in the arcade), I was half way through Power Drift before I realised you could, well, drift. Round corners like, you know? The clue is right there in the name of the game but for some reason it never occurred to me to try. 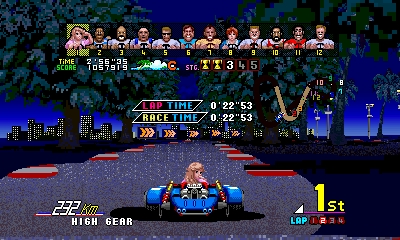 That’s probably why I found the later tracks, on routes C, D and E, easier than the earlier ones, I suppose.

As for how the game plays, it’s incredible. Sure, the graphics look a bit rough now, and the way the road appears to be made out of various coloured logs is a little weird, but it is a lot of fun. The 3D is excellent, the faux-cabinet tilting effects add a surprising amount, and it’s so very, very fast. I think it may even be better than the 3D Out Run remake, although there’s no Magical Sound Shower so perhaps not. 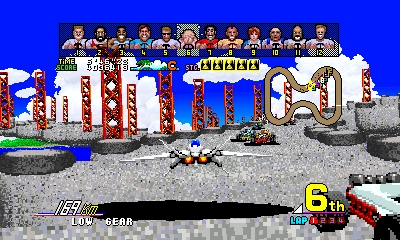 To count as completed, I finished all five stages on all five courses (so 25 in all), plus two Extra Stages (where you race as the Afterburner plane!?) I unlocked. I think the lowest I placed was 2nd. 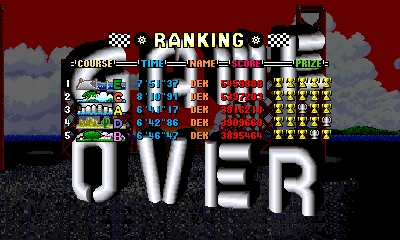