Uh. I’m really not sure what to make of this game. It was pretty funny, so there’s that. The story was unusual, following the decisions you make on your life’s journey from tiny swimming lifeform to fully grown monster, but there wasn’t a lot to it. 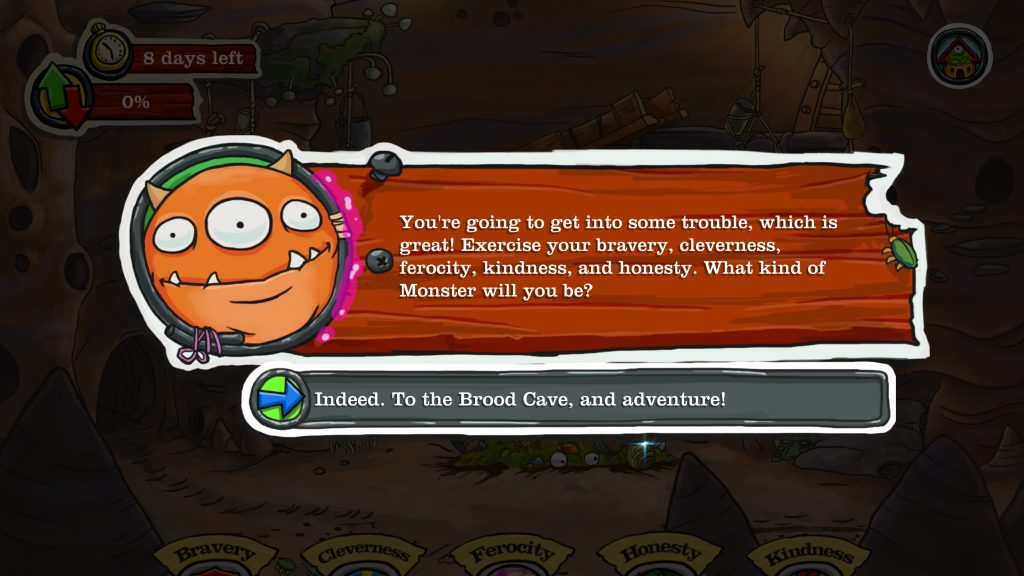 The closest game to it, that I’ve played in recent years at least, is Hatoful Boyfriend. There’s the similar story-and-multiple-choice-reaction thing going on, and the many ending resulting from this. Most choices affect one of each of your monster’s stats: Ferocity, Kindness, Cleverness, etc., and the events involve interactions (and possible consumption of) cats, children, other monsters, and so on.

At the end, you’re tested to see if you can ascend to become a monster elder, or whether you’re destined to dissolve and become one with the spawning pool for a new generation of monsters. I ended up with the latter. 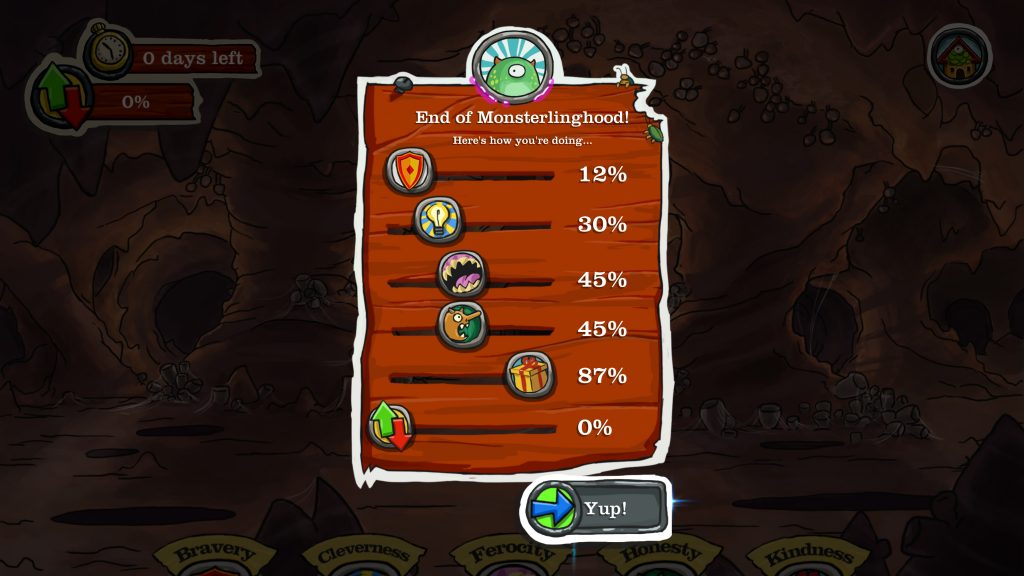