I think… I’m done with Breath of the Wild.

After completing the game, I’ve spent another 40 or so hours mopping up various things. I’ve found all the memories, and beaten every one of the 120 shrines. Most of the armour sets in the game are now done, I’ve explored about as much as I want to, and I’ve even beaten a Lynel. With all this, I walked back into the castle, and stomped all over Ganon as I’m stupidly overpowered now. Game completed. Again. 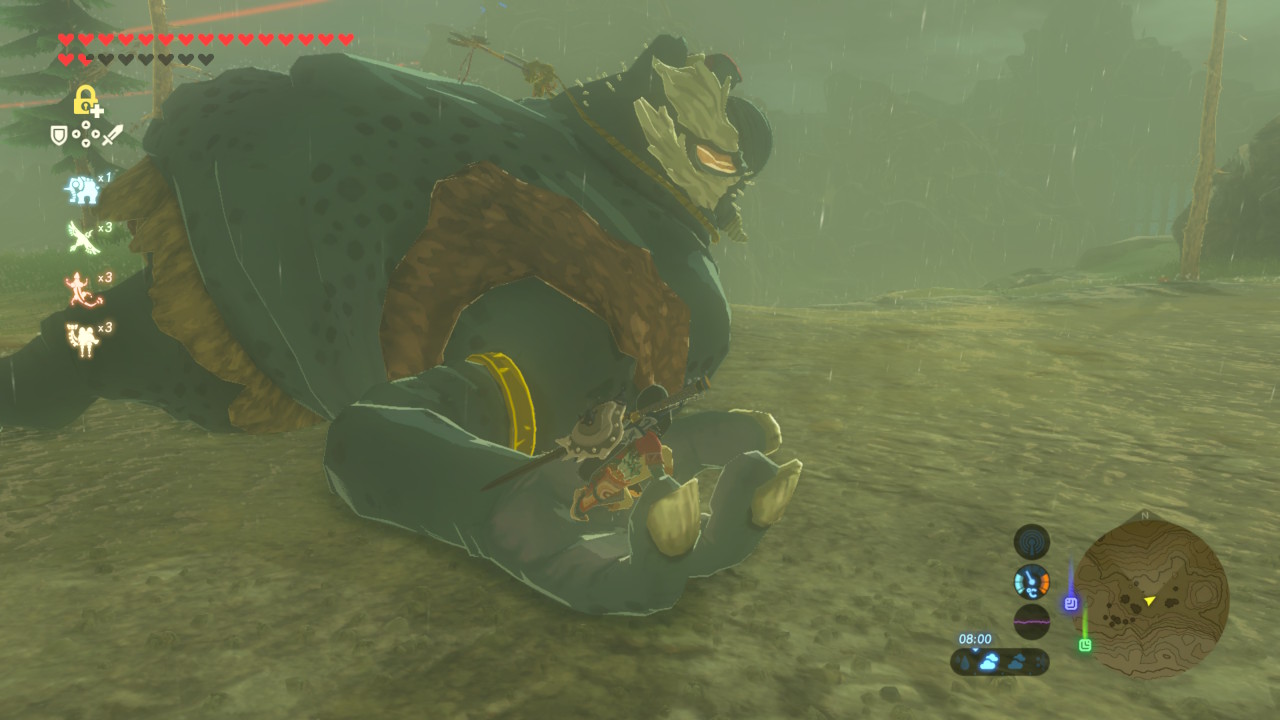 Certainly, I’ve some stuff left to do should I wish to return: Of the 900 Koroks, I have just 150-ish. There are at least ten side-quests remaining, and a few more shrine quests (which I’ve completed, but have to trigger the start of in order for them to register as completed, if you see what I mean). And I think I probably will return, at some point. Perhaps when the DLC is out and I can see what it actually contains. A new area of the map with more shrines and another boss would be good.