Last time I completed Oracle of Ages was almost 12 years ago, not long after I started this gaming diary. You can read my post about that here. Since then, I’ve played a lot more Zelda games, but in my mind the Oracles games have always been the best. Would my memory hold up, in light of Link Between Worlds and Breath of the Wild?

Ages is not without faults. Changing weapons is perhaps the biggest issue, especially on boss fights. Swimming controls, in particular once you pick up the mermaid gear, could be much better. Warping between the past and present, once you have the right tune, takes just a little too long. Having to remember where everyone and everything on the map is, for later reference, is difficult. 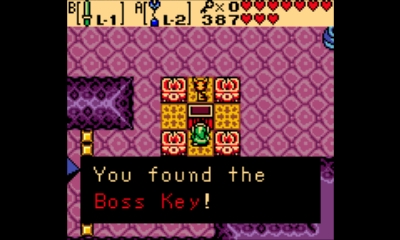 But most of these don’t really matter. The item swapping is a product of its time: The Game Boy Colour only had two buttons, after all. What is still outstanding is the game itself. In particular, some of the puzzles are genius. I wonder about the brains of those who created them, notably the Mermaid’s Cave dungeon. Not only do you need to contend with some of the more fiendish riddles, but you also have to leave the dungeon, change era, and return. I also must have spent four or more hours in the multidimensional nightmare that is Jabu-Jabu’s Belly. Raising and lowering water and a one-way system broke my brain several times. 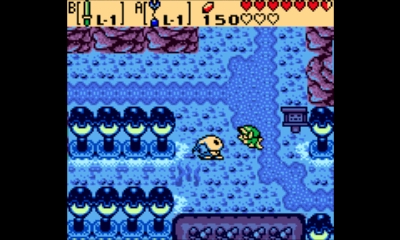 From what I recall, Oracle of Ages is the more cerebral of the two Oracles games. Difficult puzzles, but generally easy bosses, with Oracle of Seasons being the opposite. It certainly seems to be the case given what I’ve said, and that all of the bosses – even the final one to a lesser degree – were incredibly easy. The only problems I had were figuring out how to damage some of them, which again bears out the puzzle-based nature.

So is it better than Breath of the Wild? I mean, really? It’s certainly a better Zelda game, yes. It doesn’t have the scope, beauty or freedom of the Switch title, but it is a purer, tighter, more focussed Zelda experience. But then, Breath of the Wild isn’t a true Zelda game in my eyes. 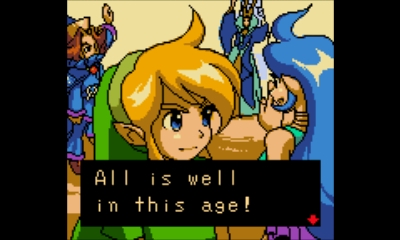