Oh look. It’s The Hunger Games Episode. Which meant more QTEs. All the QTEs. So many QTEs.

Something which has bothered me with the final four episodes of the series, is the lack of “danger”. The huge, deadly, horrible witherstorm thing was clearly a threat of epic proportions, but since then, what have we had? A disgruntled ex-friend of Lukas who wanted a chicken. A computer that literally just needed unplugging. A woman who liked cats and wears pumpkins. And here, a man and a woman who rig some you-never-really-die olympics. Really? 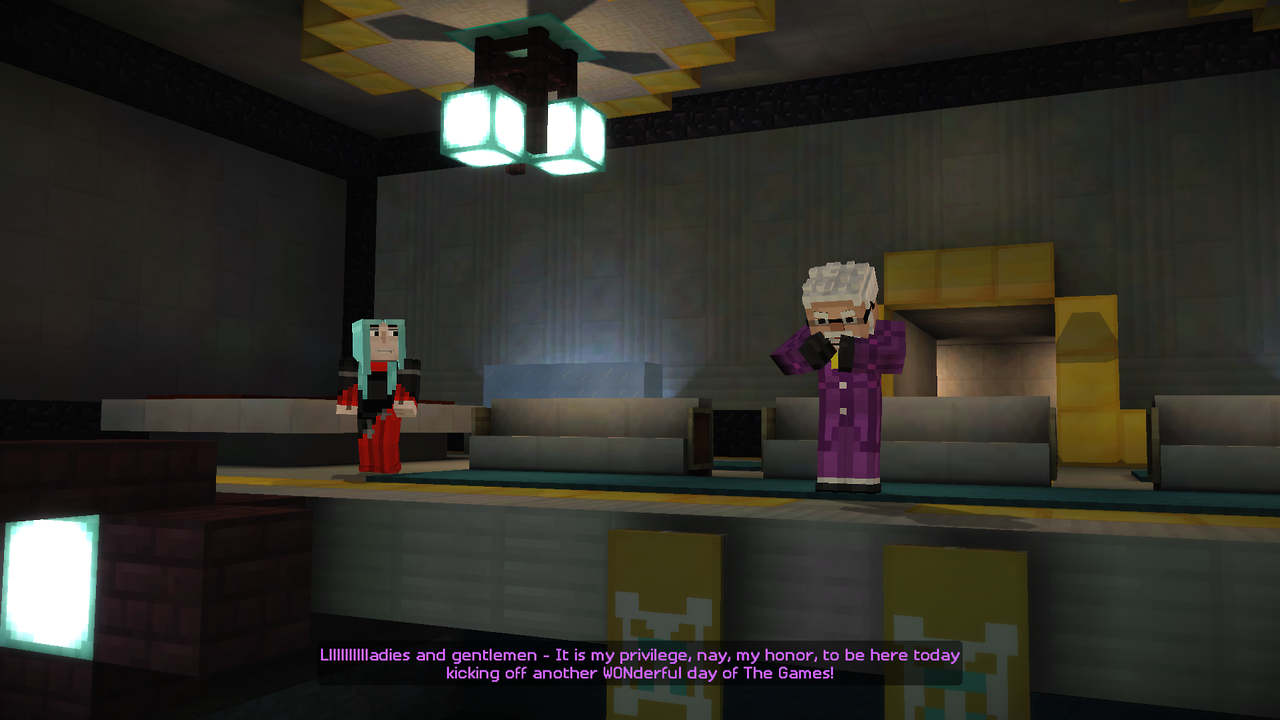 It is all done. I can’t say I really disliked the series, but it’s probably the weakest Telltale Games title I’ve played. Maybe if I was into Minecraft, the references would elevate it a bit to make up for the lack of gameplay and adventure. Maybe it’s aimed at kids, but then why be a PEGI 12? It has put me off playing The Walking Dead now though, because I have no affinity for that series either.

Luckily, I do have a series of Sam & Max still unplayed, so I’ll probably do that instead.