Which I’ve completed again. This week, they added Gal*Gun’s Ekoro as a new, free, DLC character. Of course, that meant I had to play it again.

Ekoro’s main differences are that her shots appear to be substantially weaker than either Beck or Gunvolt, and that her “aerial” ability is being able to hover and glide. She also jumps a lot higher than the other characters, making some of the game much easier – and a couple of sections somewhat harder. Spikes on the ceiling, you see. 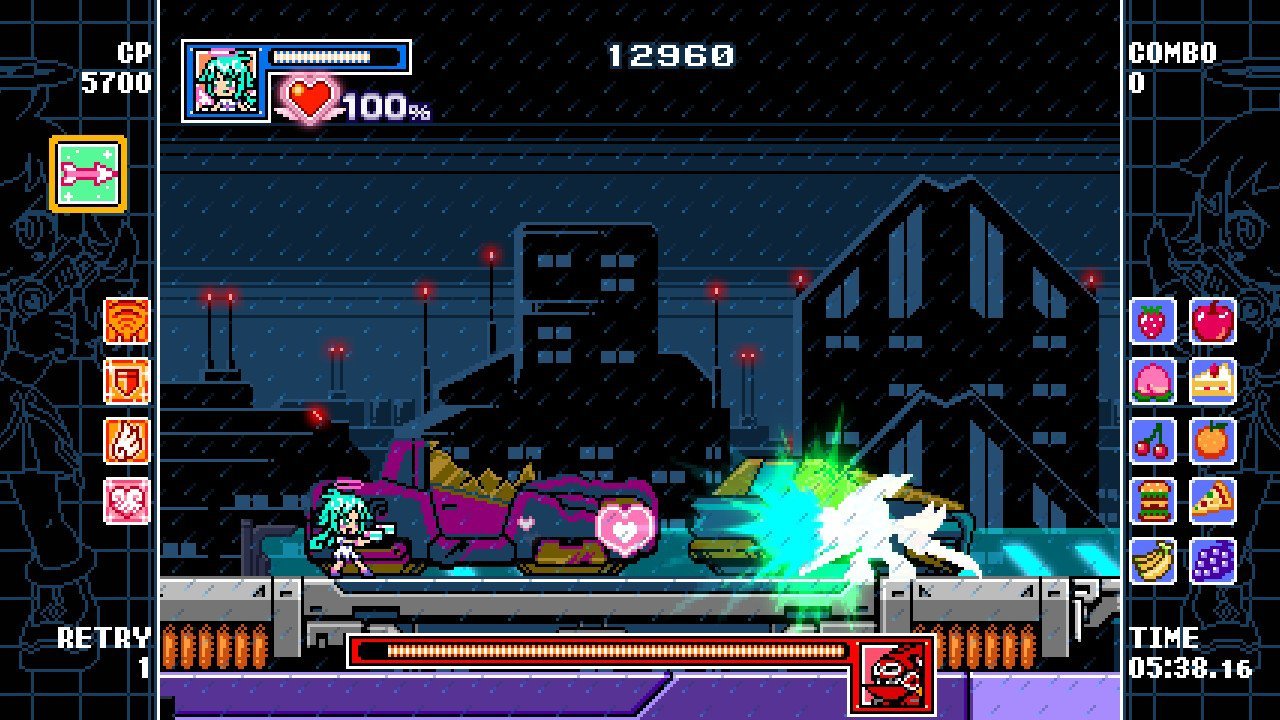 The story sections are simply removed in this run through. It’s a shame, but there aren’t many anyway and wouldn’t make sense any more either.

As always, it’s a great game. I wonder who else is going to appear as DLC? A current rumour would be Shovel Knight…