Just a short post about this, because I’ll be writing a full review in due course, but oh my. It’s good. After so many letdowns and missteps, Sega have finally come up with a truly fantastic Sonic game. Only they didn’t, did they? A team of fans did instead. Tch, eh?

I love the new takes on old zones, new versions of old bosses, new remixes of old music. Levels which are mashups of old levels. New levels which feel like they are from old Sonic games but aren’t. It’s all exactly what I wanted from a new Sonic game. 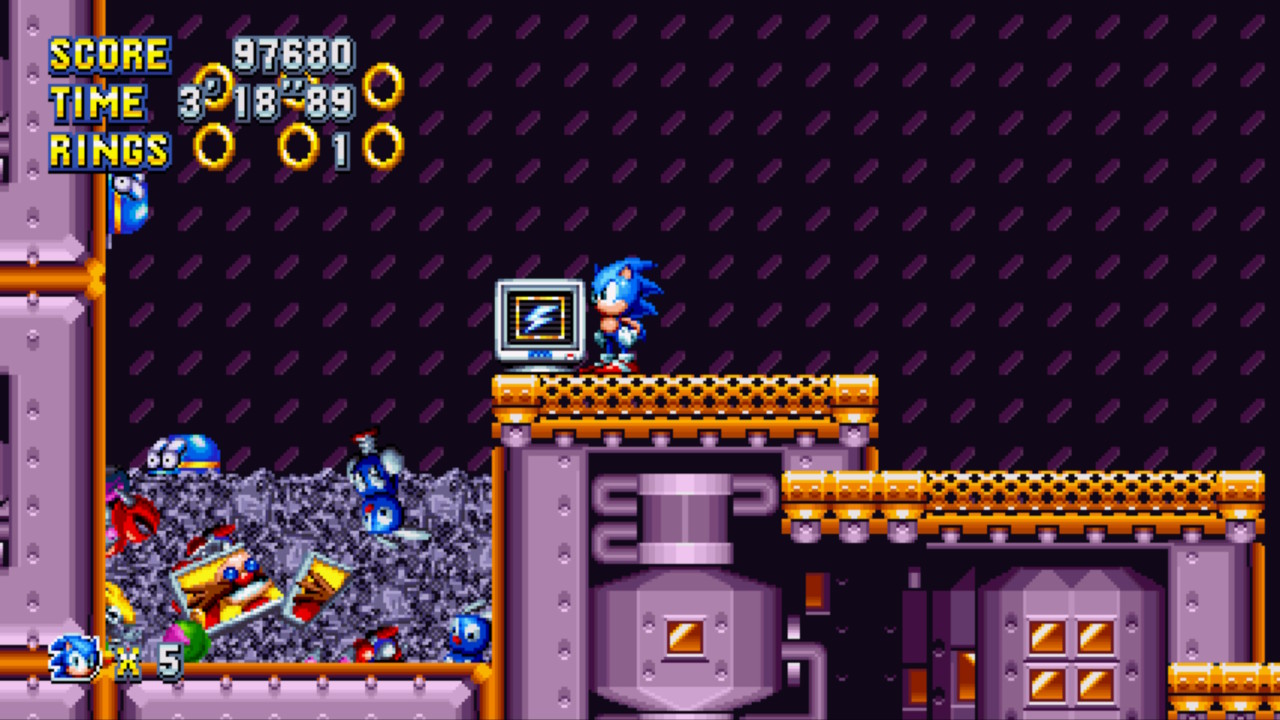 There are a few later zones which don’t feel quite as good as earlier ones, and a handful of bugs, but it’s nigh on perfect. Well done to all concerned.

And yes, I bought it, played it, and completed it in a single day. I’d avoided all media to do with the game since they started revealing zones and features, so almost every level was a complete surprise. Even those I knew about had surprises. Lovely.

Now to get all the Chaos Emeralds. Which is Hard.