You know my post from a couple of days ago where I said I was going to concentrate on a couple of games from the Christmas Game Pile? Well, I ignored that and started – and completed – Blaster Master Zero instead. 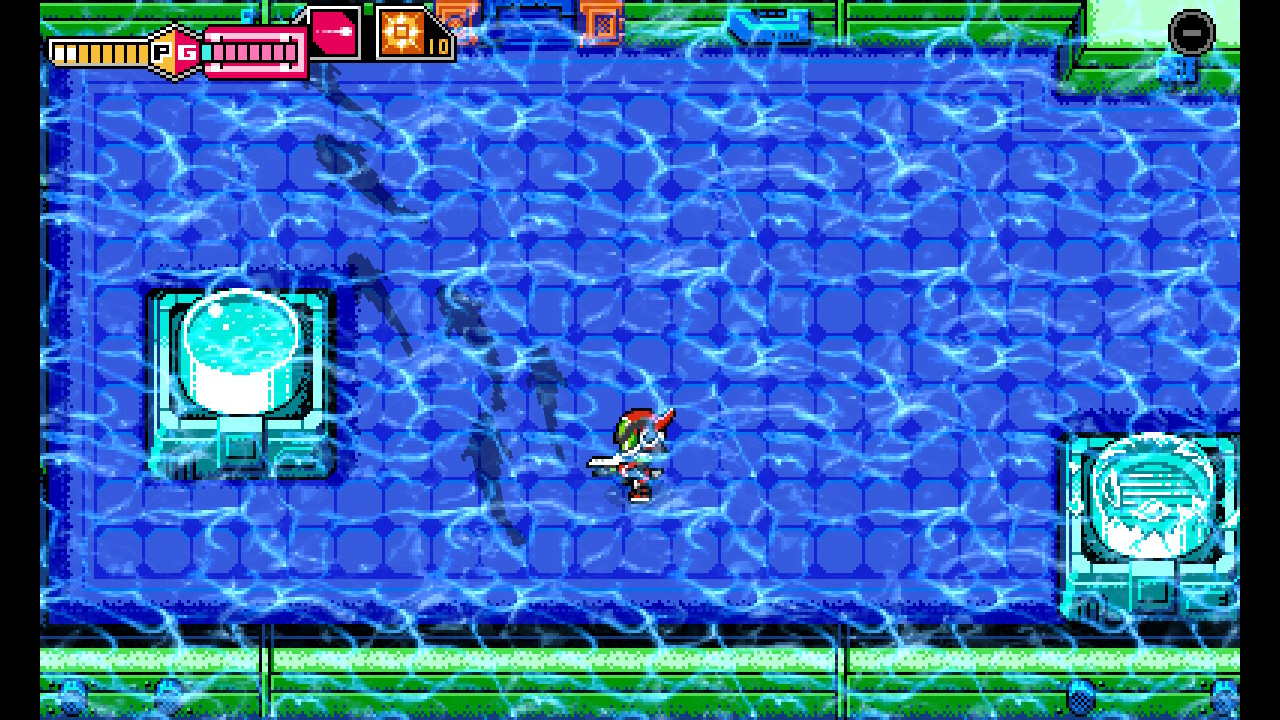 I’d previously played the demo and quite enjoyed it, but not enough to actually buy it. However, I later learned two important things about it:

So that was me sold, and as it was cheap recently, it was purchased. And it’s excellent.

You navigate your surprisingly nimble jumping tank around various areas, which in true Metroidvania style have sections you can’t reach until upgrades are found. Sometimes, you have to hop out and proceed on foot, often entering rooms where the action becomes more overhead. You can run around the main levels without your tank too, but you’re hopelessly underpowered and even a pretty short drop kills you instantly.

There are loads of bosses to contend with, most of them in these on foot areas, although they’re all very easy. Even more so once I noticed you could change your weapon style in a Mega Man sort of way. Ice baddies are no match for your flamethrower, and bosses that consist of many parts (or waves of smaller baddies) can be damaged all together with a spark attack.

Poorly tying it all together is a crazy plot involving an android, a frog and a load of mutants, but that’s not really important. What is important, is how much fun it is upgrading your tank, reaching new parts of old levels, playing Colour In The Map, and simply exploring. I’ve beaten the end boss, but I suspect there’s more to do here since there are bits of the map as yet unvisited, a number of caves that were too dark to see in (so I left them), and the ending wasn’t as positive as perhaps it could have been.