To say this was a Super Meat Boy clone would do it a disservice. It’s certainly a game in the single-screen, hyper-difficult nimble platformer genre like Super Meat Boy, and a cursory glance would have you closely compare the two, but Slime-San is so much more.

Take it’s two additional moves, for starters. One lets you do a dash, in any main direction, on the floor or in the air. You can speed under stuff, over stuff, smash through some stuff, or jump a bit higher or further. The other is a morph, which lets you pass through green obstacles and slow down time a little. Together, your little slime can perform some ridiculous tricks. Perhaps the most game changing of these is being able to jump down, round and up blocks hanging from the ceiling. 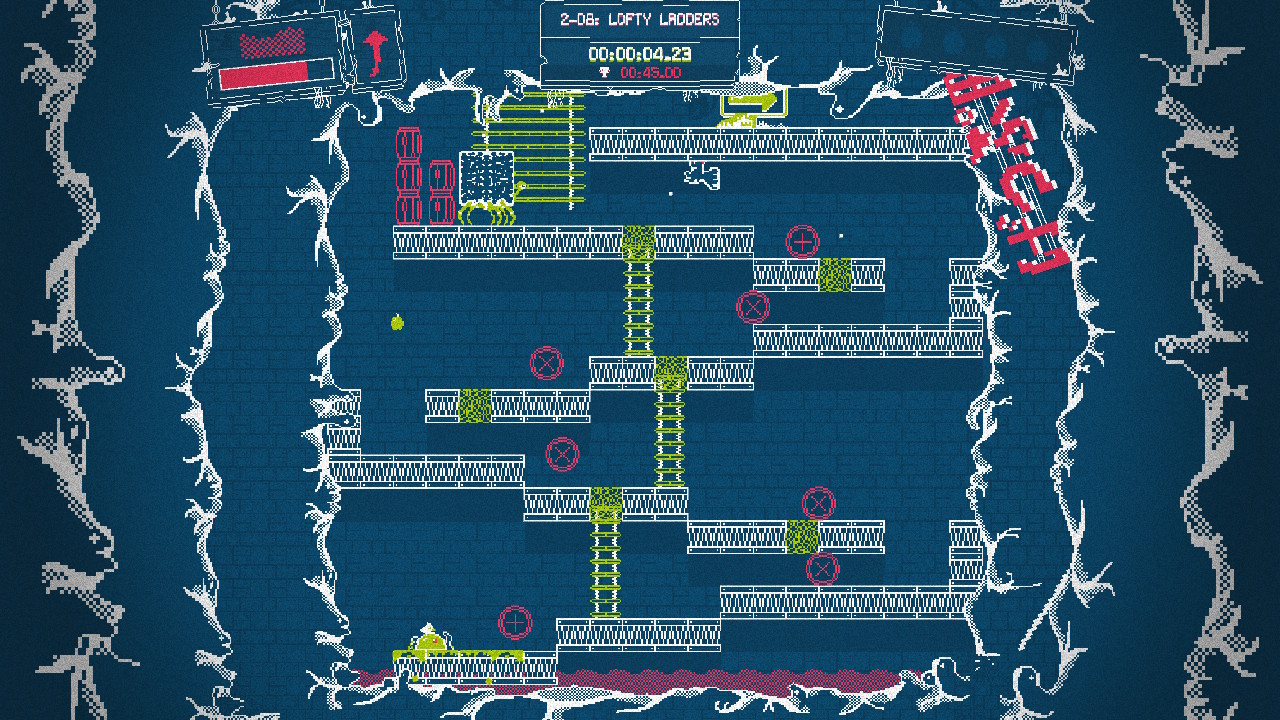 It starts off simple: avoid anything red (they’re instant death), pass through anything green, and slime on, along or up anything white. Each level, of which there are 100, is a handful of separate screens most of which add new elements to the formula. Green creatures that carry you, or act as trampolines. Platforms that phase in and out depending whether you’re holding down morph or not. A feather which lets you fly – Flappy Bird style – for a short period. Blocks that disappear when you touch them, blocks that move when you stand on them, ghosts that chase you, things that explode, water you can swim in, locked doors, Donkey Kong Country style barrels, warps, a clone of you that copies your moves (and kills you if it catches up) and many many more.

Not only that, but after a certain amount of time on each screen (instantly on some!), red liquid flows in from one side of the level making it even harder. Just in case it wasn’t tricky enough already.

There are puzzles, pixel perfect platforming, and screens that just make you think “Nope. Not possible.” only for you to complete it after several hundred attempts. Oh, and there are bosses too. Insane bosses. Like the evil Uvula who attacks you with a tongue and teeth – sometimes with lasers. 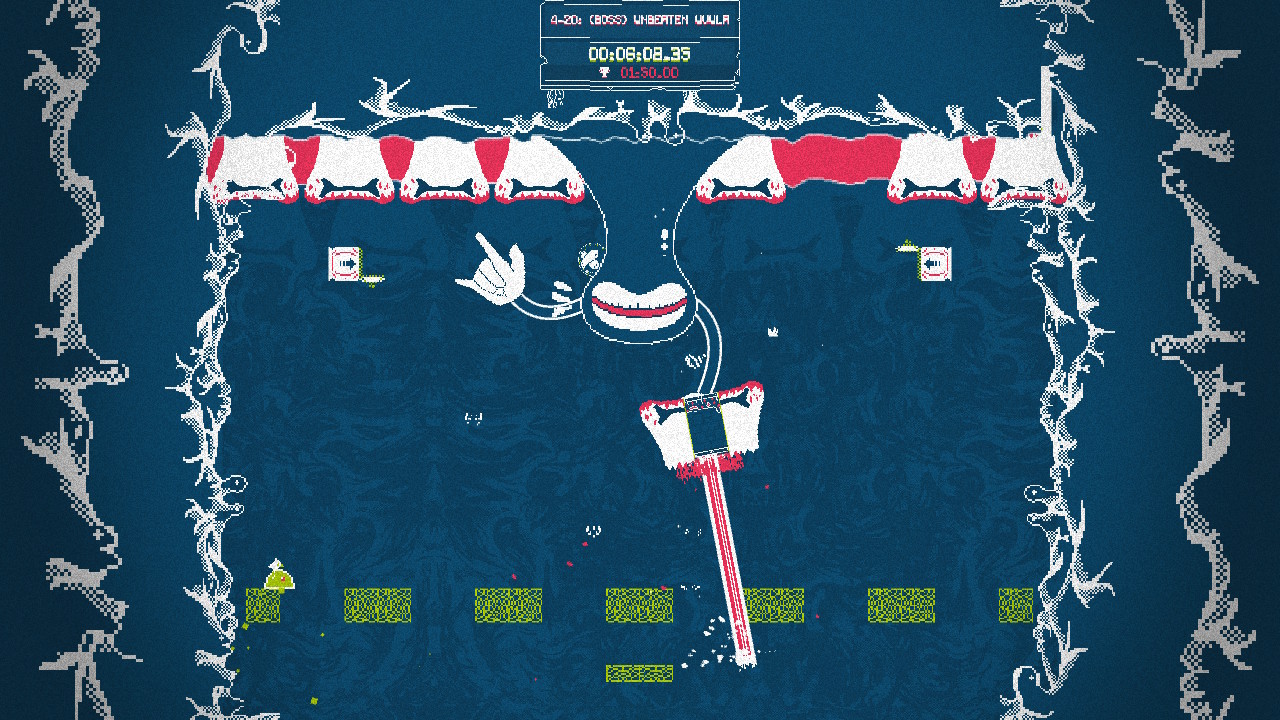 And did I tell you the whole game is set inside the body of a worm, and there’s a whole city of creatures you can meet and talk to in there? Yeah, it’s bonkers. And brilliant. And I feel like the best gamer ever now I’ve completed it.

If you’re a better gamer than me and your hands aren’t ravaged by the passage of time, then you might get even more milage out of Slime-San by collecting the apples in each level (I didn’t get any that weren’t really easy), or completing each level in under par time. I can’t cope with those, but even without that challenge, it’s still an excellent game. And better that Super Meat Boy, which I’ve tried many times and just given up on.