Imagine a cross between Peggle and Angry Birds. You can’t? Well just play King Oddball instead.

The aim (ha!) is to chuck rocks at tanks and helicopters, so as to destroy them all. Of course, there are more things to blow up than you have rocks, so you need to rebound them or make use of other objects to drop on them instead. If you manage to bounce a rock back at your head, or hit one than three baddies in one throw, you get a bonus rock. 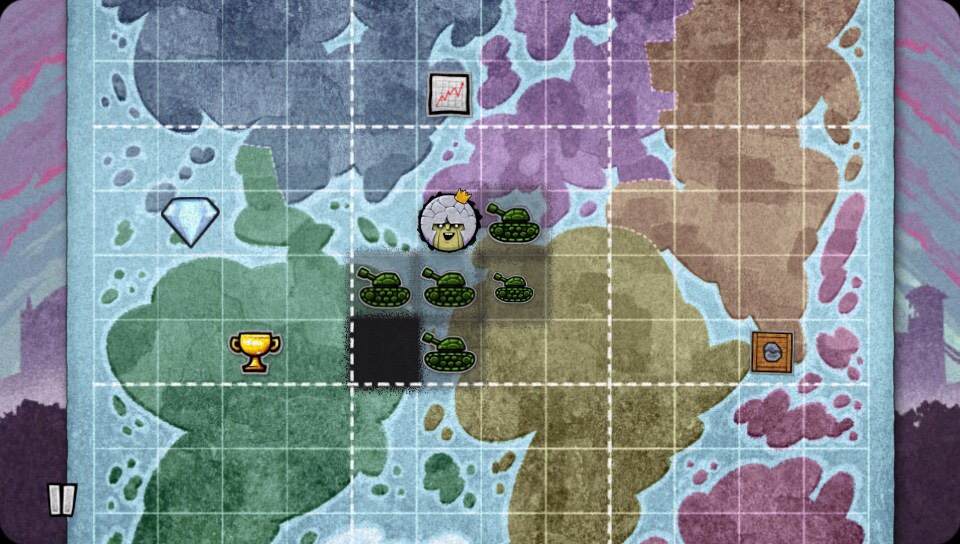 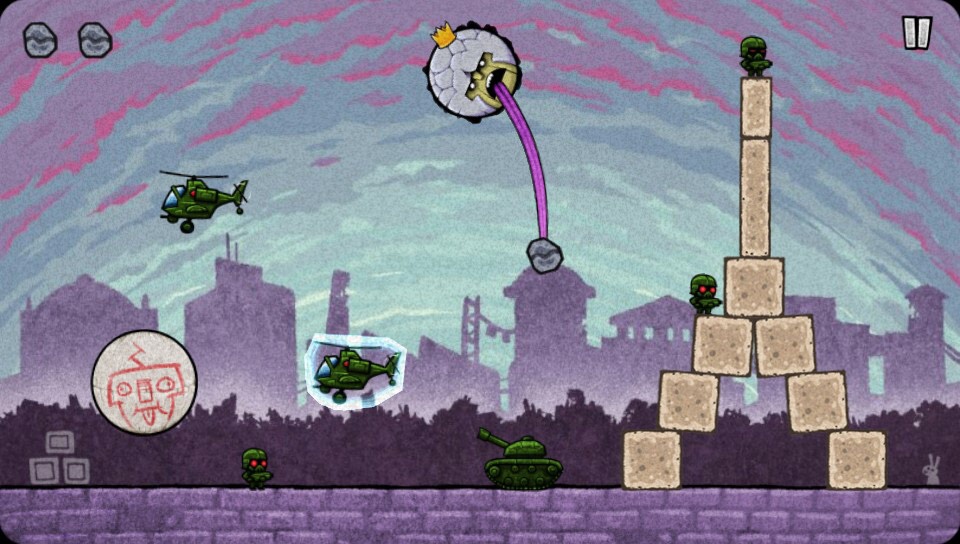 That’s pretty much all there is to it. There’s some variety in levels, with different layouts, and sometimes tanks need two hits rather than one, but very few are taxing and those that are can mostly be fluked. Still, it was enjoyable in a Peggle-y sort of way.