I did have a longer post for this but the WordPress app swallowed it and I can’t be bothered repeating myself.

What I basically said, though, is that I’d unfairly maligned Ristar for years because I didn’t like it and it wasn’t Sonic, but actually giving it time it’s not that bad at all. It’s still no Sonic, but it’s a decent enough game in its own right. 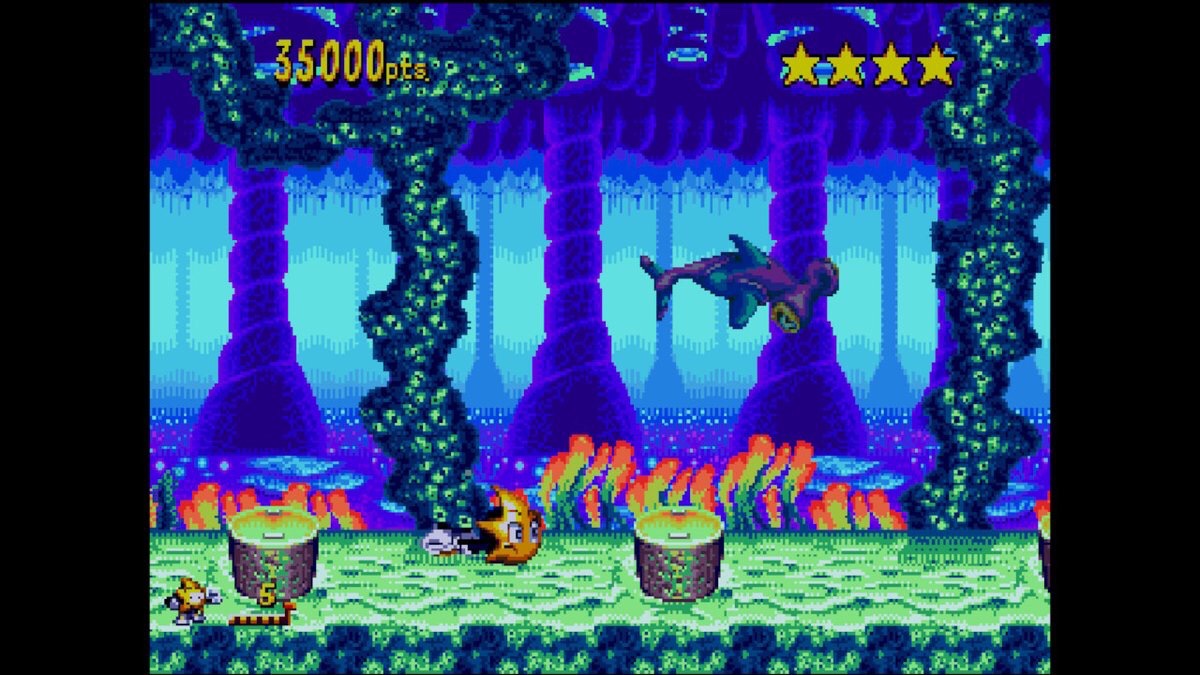 EDIT: ONE YEAR LATER! I found the post the WordPress app ate. Here it is:

I have a confession to make: In the past, I may have unfairly maligned Ristar. I’ve said how the grab-and-facesmash attack is stupid. How Ristar himself is a mere shadow of Sonic. How the game is just rubbish.

Today, I shall tell you this about Ristar: It’s alright, I suppose.

Maybe once I stopped wanting it to be just like Sonic, then it let me enjoy it for what it actually is. And what it is, is a fun, pretty, varied platformer. Certainly it isn’t a fantastic one, and there are issues here ranging from the small (the almost 2.5D of some, but not all, of the graphics) to the large (the spinning round the pole thing is impossible to control), but for the most part these don’t matter.

It’s clear some Sonic DNA lives here, with some sound effects recycled and Sonic 3’s Ice Cap snowboarding intro is almost replicated in Ristar (or the other way round, perhaps?), but it is its own game. It’s trickier than Sonic too, and generally much slower paced. It’s also shorter.

Not a classic, but I’m glad I finally gave it a proper chance.