My understanding of this game was that it wasn’t anything like previous Assassin’s Creed games. It was written from scratch, didn’t reuse any engine or assets, and had completely new gameplay. The title also suggests it’s the start of the Assassins. It turns out nothing is true, everything is permitted.

Maybe Ubisoft did scrap everything from the series and built it all up again, but it doesn’t show. In fact, aside from the new control scheme (attacks are on the shoulder buttons now), and the biggest map so far, this is just more of the same. But that’s actually fine.

Yes, so there’s a literal eagle vision now (with an actual eagle), and yes, it tells the story of the start of the Brotherhood, but it’s still parkour and stabbin’ just like before. This time it’s set in the achingly beautiful setting of Egypt, which is far more varied than the sand and pyramids you’d expect, but the core missions are still scoping out the enemy, picking them off, and assassinating a series of important historical figures. And it’s so much fun. 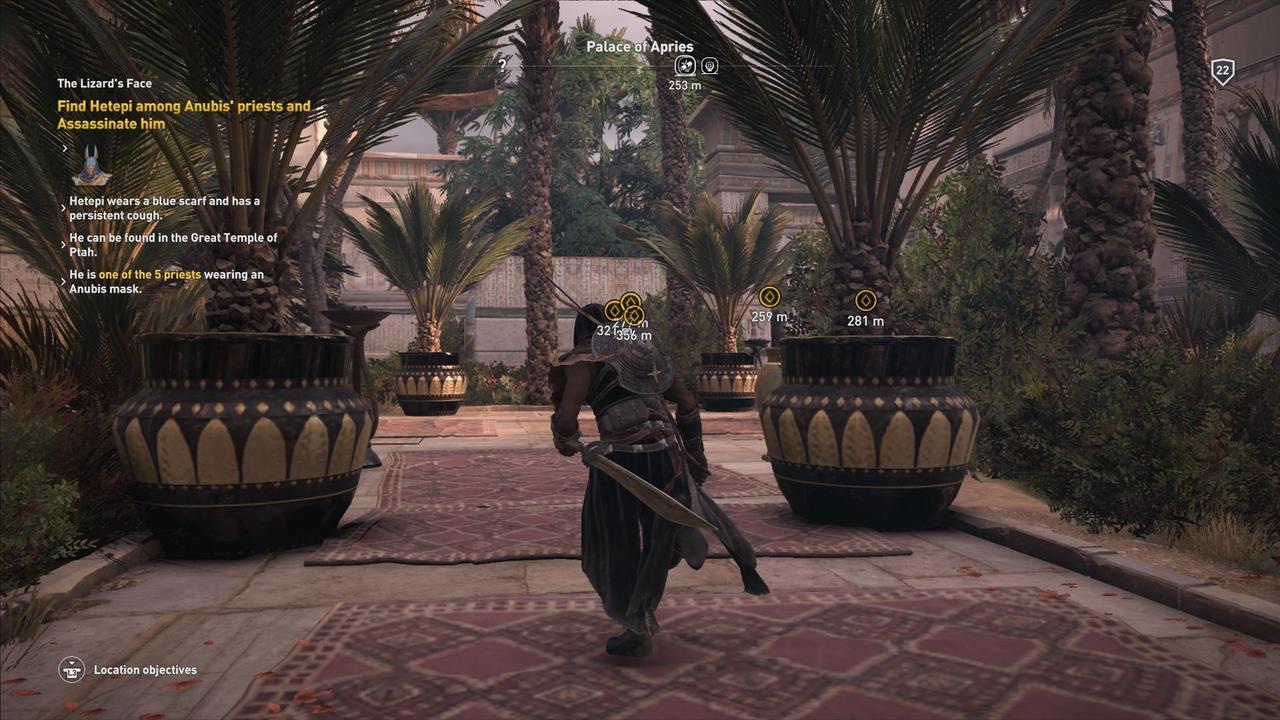 Your guy this time is Bayek, a medjay (a sort of trouble fixer) from the region of Siwa, who, along with his wife Aya, is out to get revenge for the death of his son. Bayek, despite the “by ‘eck” link that can’t be unheard, is a great protagonist. He’s well voiced, has real empathy and morals, and is hard as nails. He’s probably one of the best the series has ever had, actually. At points in the game you also get to play as Aya, who is also great but her sections are generally boating (straight out of Black Flag, and so the worst thing about the game) or combat-lite. She also doesn’t have an eagle, which makes the final mission a bit tricky.

I’ve since found out that the next game, Odyssey, is actually set hundreds of years before Origins, not immediately afterwards as the story of Origins might suggest. This does make a bit of a mockery of the name of this game, but I suppose it doesn’t really matter. I hope they do bring Bayek back for another game though, perhaps round Greece? 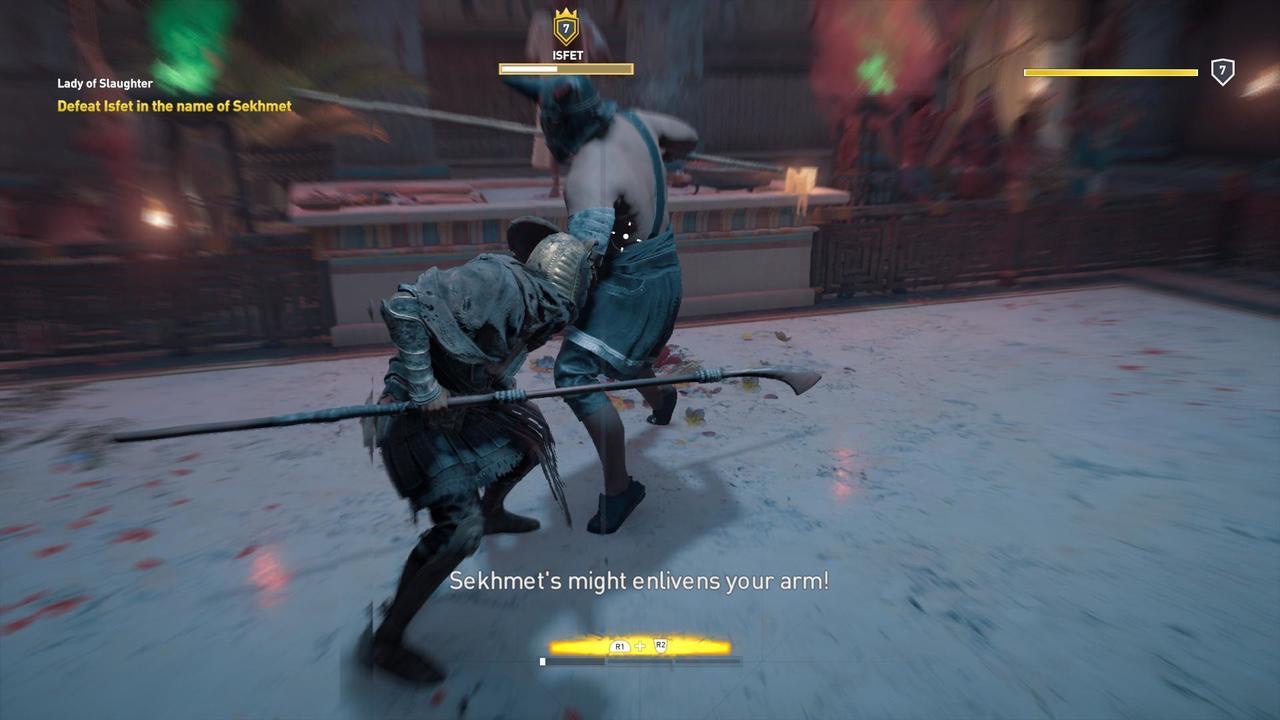 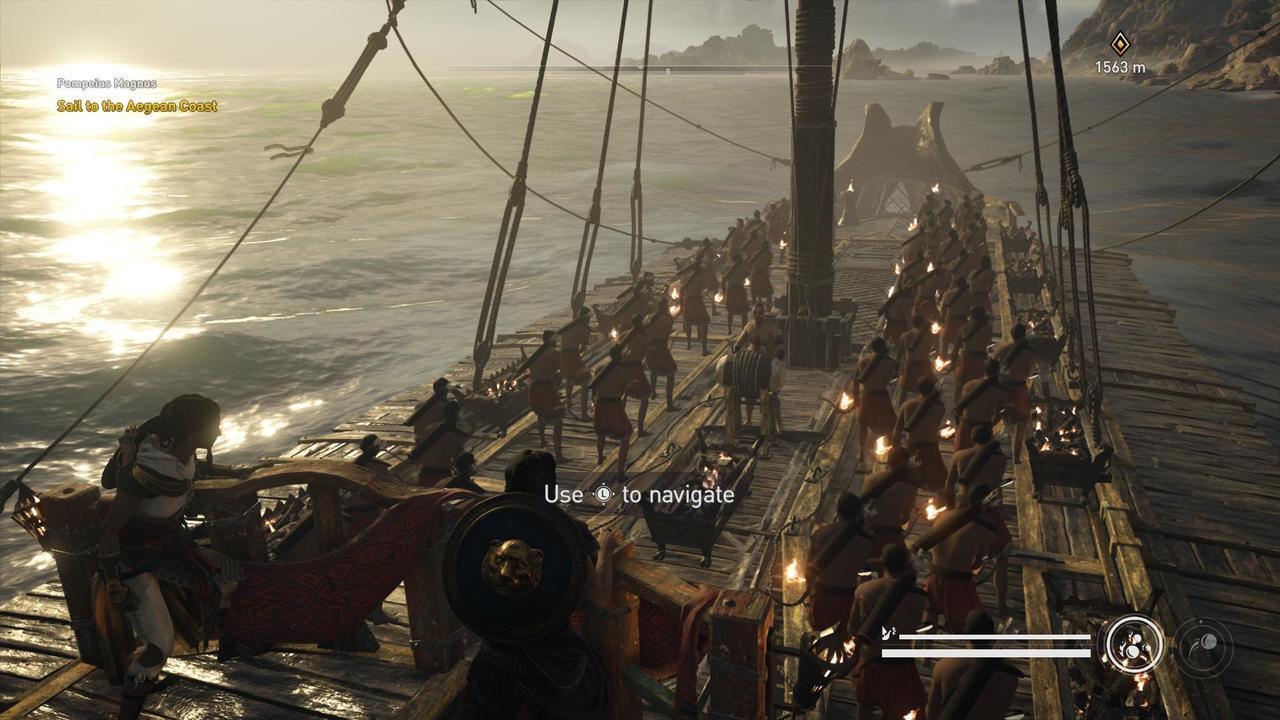 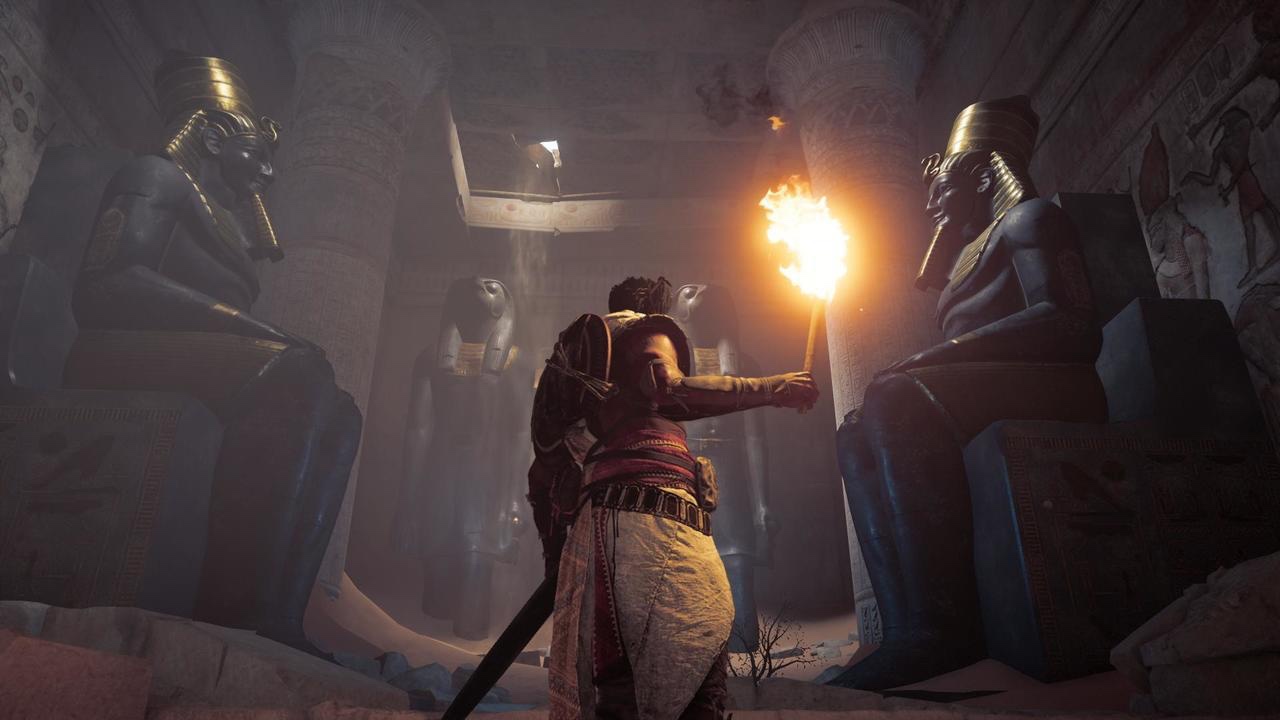 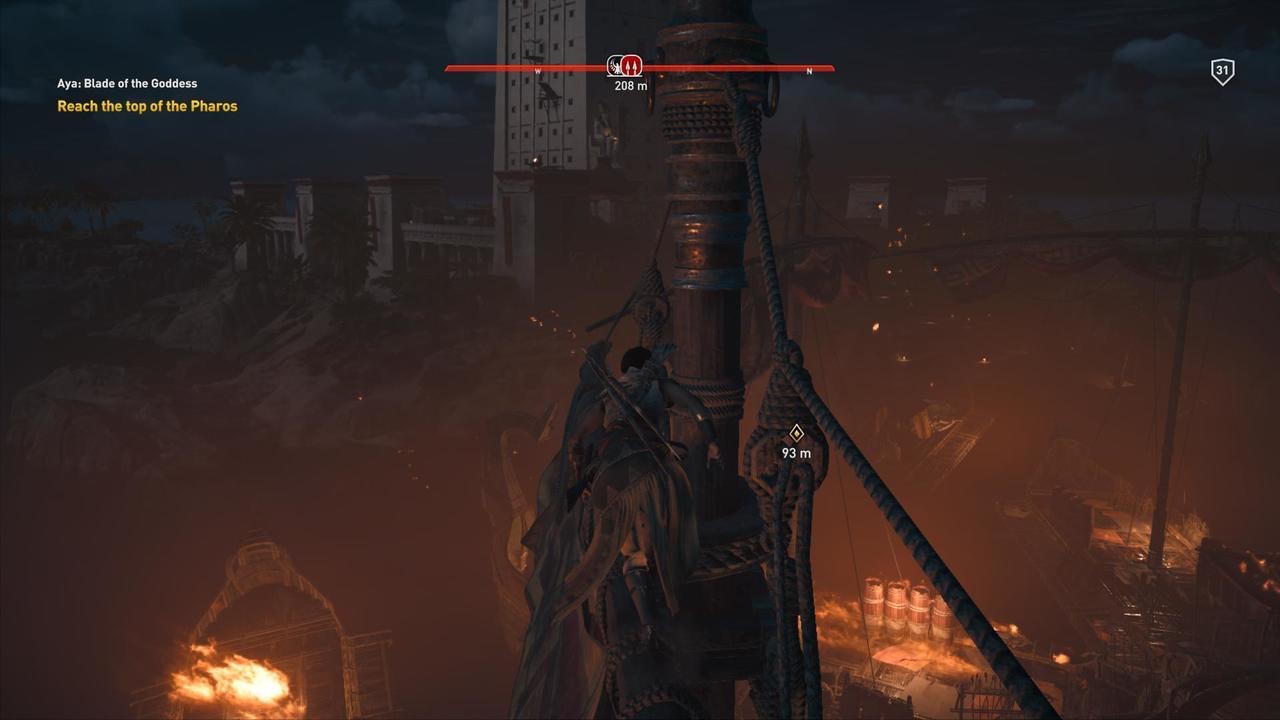