Is Golden Axe III going to be a good game, given the previous two were not? Go on, have a guess.

At least it tried. Instead of being almost exactly the same as the other games, the graphics are all new, the animation is new, and most of the baddies are new. Reminiscent of those before, but new. There’s a different art style too, but actually, it’s worse. And there are two new characters but they’ve relegated the best one – Gillius Thunderhead – to a little less than a narrator role. You can’t play as him. I chose Tyris Flare instead, who now has ridiculous beefcake muscles. 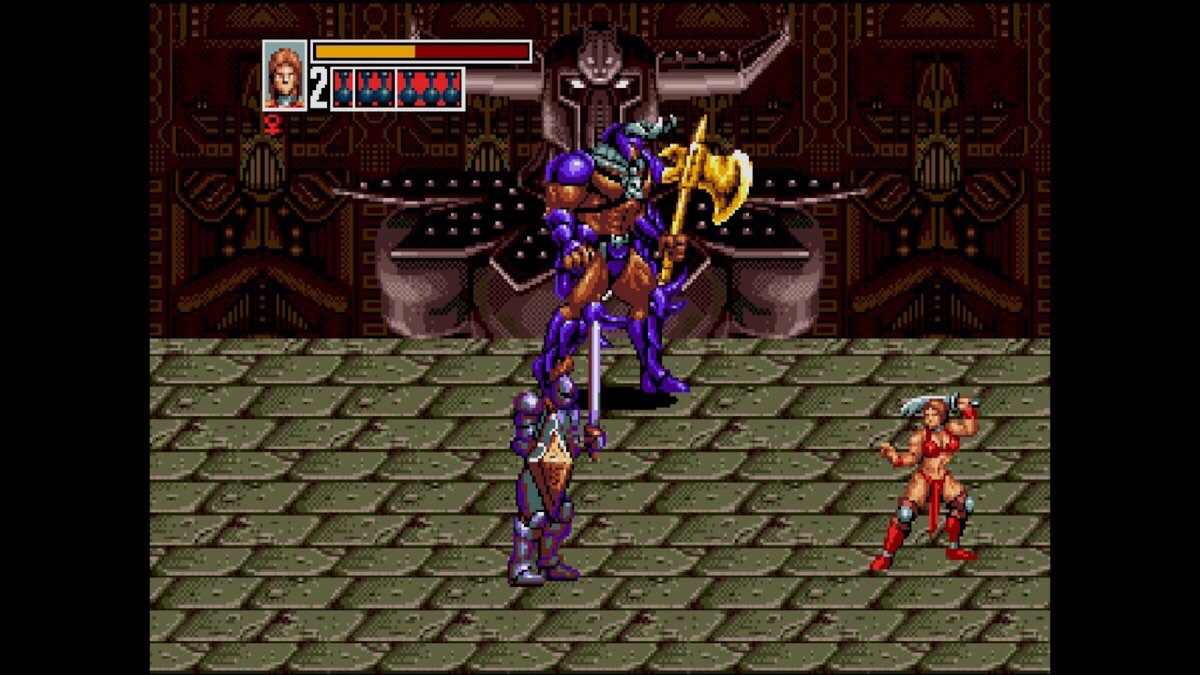 They’ve improved the “AI” so the enemies no longer blindly walk off ledges, and for the most part the old running attack left and right “trick” isn’t possible any more. But sadly, this doesn’t really improve things. Golden Axe III is actually worse, somehow, than its predecessors. 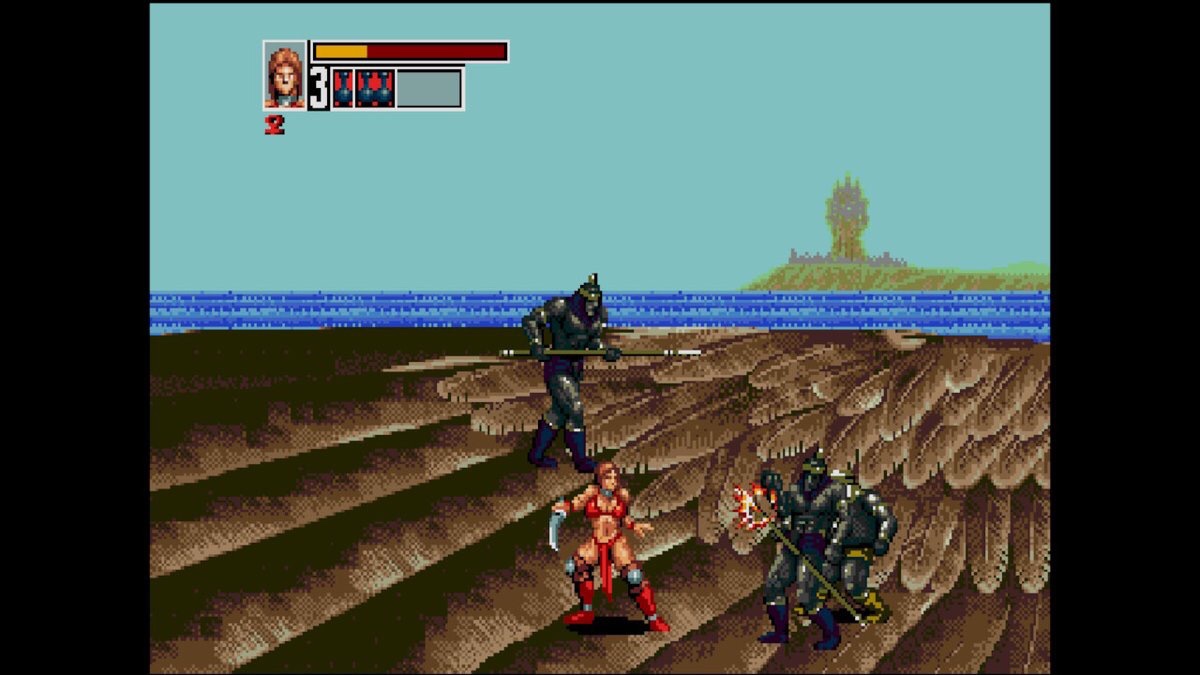