Let me just address your question of “Alright deKay, how are you going to claim you’ve completed this?” right off the bat. Each level has an achievement for getting a certain number of cars on the map, and I hit this target and got all the achievements. Happy? 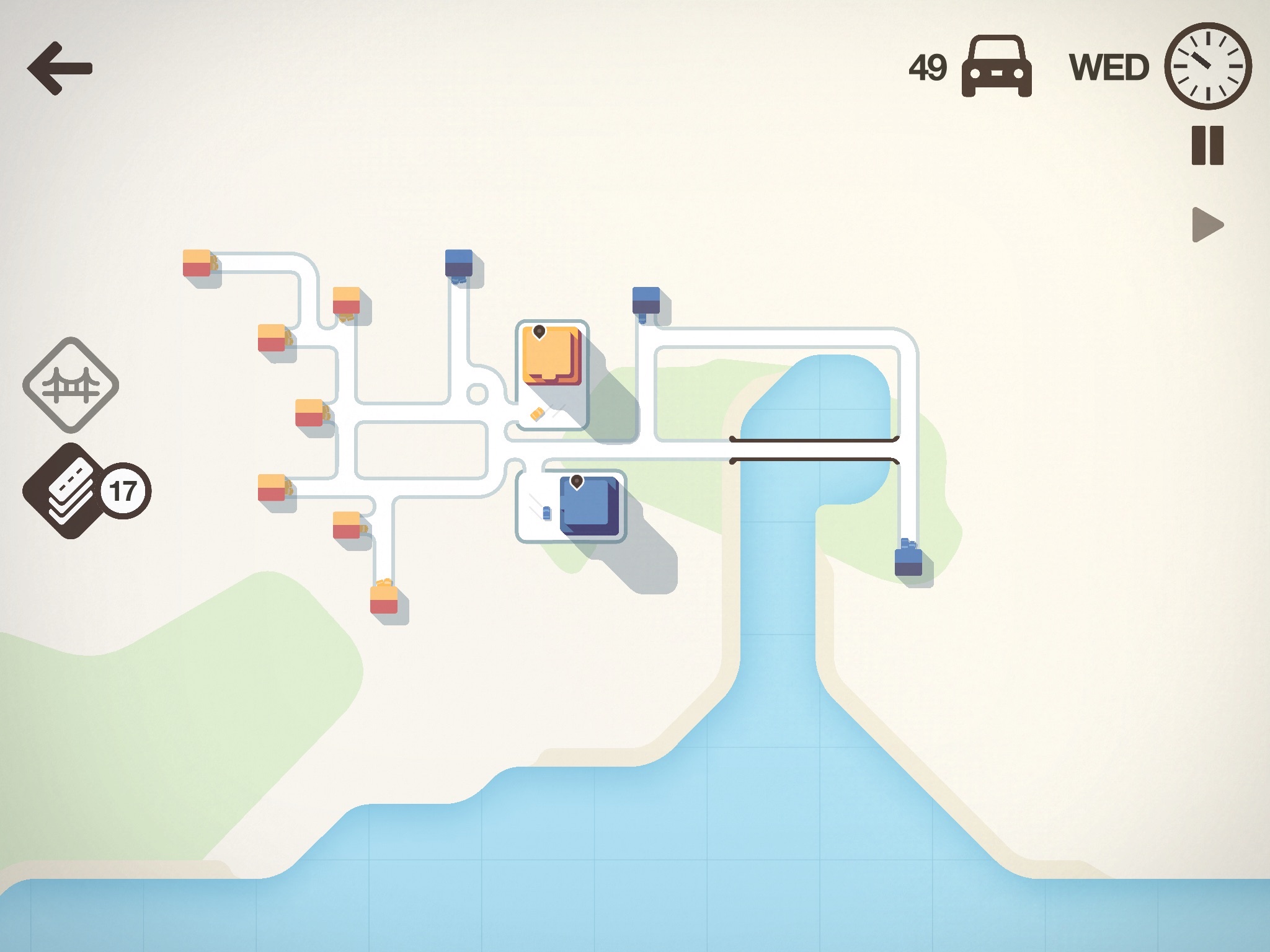 Mini Motorways is very similar in style to Mini Metro, which I have on many different devices and enjoy very much. It’s not surprising it’s similar as it’s the same developers, of course, but there’s something not quite right with it and I’m not sure it’s entirely down to me not being very good at it.

The aim is to join up houses with a matching colour building, by drawing roads, so people can get to and from work. If you can’t supply enough people in cars fast enough, then it’s game over. And here is the problem: sometimes you can’t through no fault of your own.

Of course, you can fail by causing too much traffic congestion, or having routes that are too long, or not making use of motorways, bridges or traffic lights most efficiently, but I was failing even when I’d the shortest possible route with no delays or junctions. The game simply wasn’t proving me with enough people to service the buildings, or was but randomly putting them far too far away from each other. 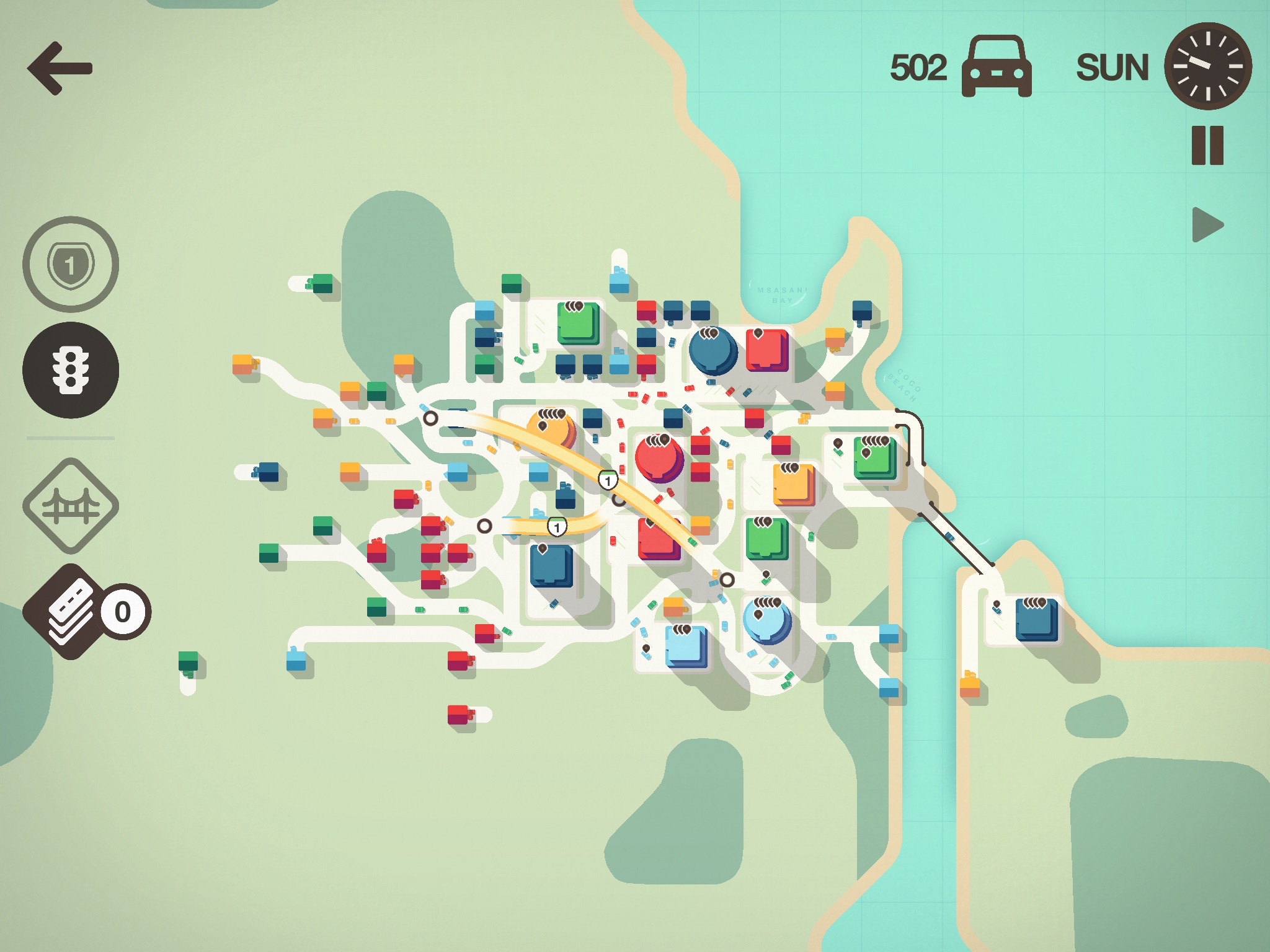 As a result, success was much more down to luck than planning, of which there was an element in Mini Metro but here it’s more obvious and there’s nothing you can do about it.