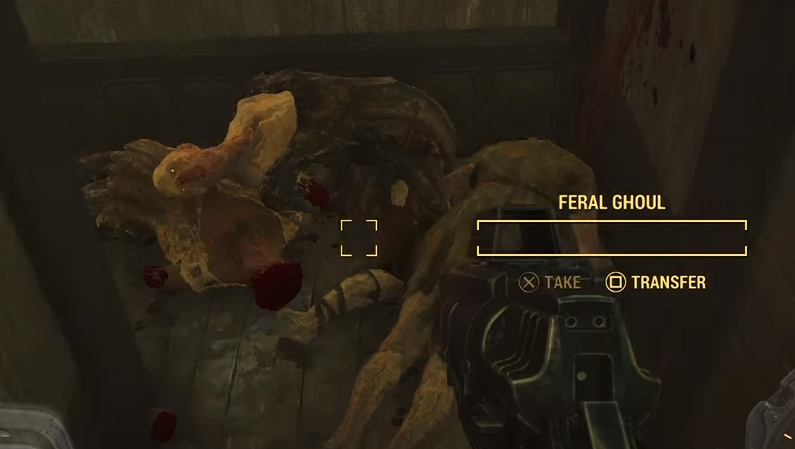 Fallout 4: Another Bethesda game on its old, creaking Gamebryo engine, another round of bugs. It’s funny how some, like floating corpses and item duplication seem to happen in every one of their titles even having been patched out in previous games.

Thankfully, so far, I’ve not encountered anything too game breaking and in the updates the game has had already many are now gone. However, these still occurred:

At first, I thought I was stepping into the light, but no – it’s a room transition bug!

There’s a haunted pub called The Shamrock in the game. Except it’s not haunted. Only it is.

Also haunted is this water pump in one of my settlements. OoooOOOOOOoooOO!

And this feral ghoul roamer might be dead… or undead? And seemingly possessed by a fish? In a church?!

Finally, a trinity of levitating objects. You’d think simply applying gravity to the object models would sort them out, yes? No. Here’s a skeleton:

And this outstanding rifle, which not only levitates but moves up and down. Creepy.

One thought on “The Bugs of Fallout 4”