Looking a gift horse in the mouth (and finding it empty) 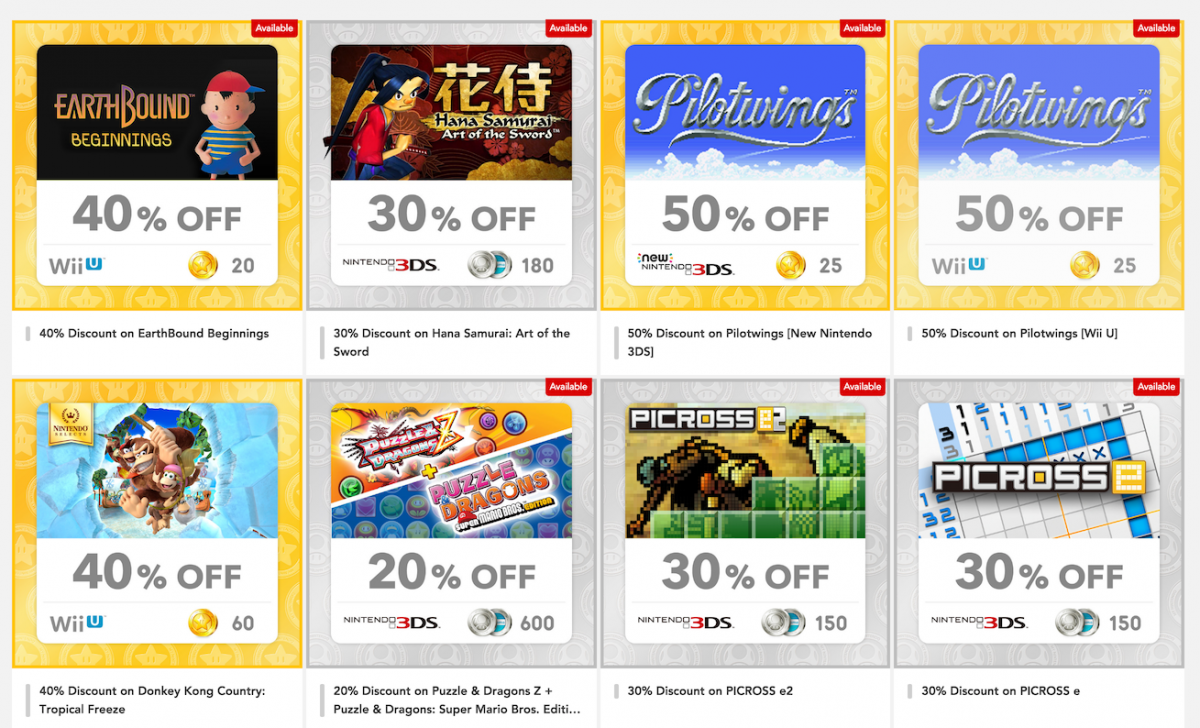 When it launched a few months ago, virtually alongside Miitomo, My Nintendo seemed like a decent improvement on the old Club Nintendo rewards programme. Although buying physical games no longer awarded you loyalty points, digital titles still did, and now you could gain points just from performing tasks like linking social accounts to your Nintendo ID, using Miitomo, and regularly signing into Miiverse and the eShop.

Quickly, I racked up enough of these new coins to buy the Zelda Picross game from the My Nintendo Rewards page, which was pretty good, and I looked forward to obtaining more free games like this.

But where are they?

Yes, there was the option of buying the Nintendo DS Wario Ware game for the 3DS with Nintendo Coins, but I already own a copy of that which works on my 3DS. A couple of Virtual Console games appeared too, but I already have them, and that’s it – nothing else.

OK, that isn’t completely true. As I write, there are some free games I don’t own available from the rewards programme, but they all require gold coins (which you obtain from buying eShop titles) rather than platinum ones (that you get from all the other things I’ve listed above). The previously available games I could have “bought” for coins all needed platinum coins.

As it stands, I now have over 4500 platinum coins. Zelda cost just 1000, so you’d except I’d have been able to “buy” a handful more games had they existed to buy. Instead, I have the option of buying useless items for Miitomo (clothing, which is unnecessary, and game tokens which you obtain in plentiful supply anyway) and money off vouchers for eShop games I either already own, or are available cheaper elsewhere even without the discount.

I know it’s a poor show complaining about something which is free, but for something that started so well it’s disappointing that it has in itself become, well, a poor show. It’s also a shame that Pokémon Go doesn’t link into it in any way either – you can’t even use your Nintendo account or NNID to log into it!

One thought on “My Nintendo”