Complete ALL the things!

The end has come for the Sega 3D Classics Collection, as I complete the last few games in the package. Hurry up with a second collection, Sega. 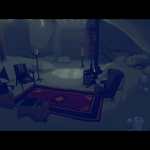 Virginia (PS4)
Finally got round to playing this having wanted it for a while and buying it in a sale a few weeks ago. I completed it in a single sitting, and whilst it was very good, I’m still somewhat confused as to what was actually real and what was a dream. I liked the film-style scene cuts, and the complete absence of dialogue too. And it had toilets.

3D Maze Walker (3DS)
The worst game on the 3D Classics card, by a very long way. No small task, given one of the other titles is Altered Beast. The 3D was excellent, but the game was a boring slog from start to finish.

3D Fantasy Zone II (3DS)
The Master System one. I completed it this time! Phew.

3D Sonic the Hedgehog (3DS)
I left the best until last. With this completed, that was all 10 games in the 3D Classics Collection finished. What an awesome time I had (apart from with Maze Walker, of course). More please, Sega. Although I know you won’t. Boo. 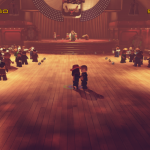 Lego Marvel Avengers (PS4)
It’s been a while since we played this, but my daughter and I completed it this week. Naturally, there’s a lot more that could be done (in fact, we got and played the free Ant-man DLC level too), but that copy of Lego Dimensions really needs to be played…

Letter Quest Remastered (PS4)
Oh my this is great! It’s like Boggle: The RPG. Sort of. Gave it a quick go and it sucked me in for a couple of hours. Will definitely play more of this!

Retro City Rampage DX (3DS)
Back on it. I do like it, it’s just I often forget it’s there and load up Pokémon Y instead. Speaking of which…

Pokémon Y (3DS)
Some more of this. Mainly Wonder Trading all my dupes away. It’s surprisingly relaxing playing this, you know.

Is it worth listing them again? Zelda (Switch), Sonic Mania (Switch), Pokémon Sun (3DS), Paper Mario (Wii U) and a Switch. Actually, Shenmue 3 is under a year away now, I’ve realised. So that too!