At the start of 2010, I began recording the price of everything I bought that was gaming related. At the end of the year, I put together the stats. That was all well and good at the time, but without anything to compare it to, it meant nothing. Until now!

I’ve not bothered with a dull list of each and every game I’ve bought in this post (they’re pretty much all on my Gaming Diary anyway), but I do have the cold hard numbers to excite you with. And pie charts!

Here’s how the hardware/software split works out: 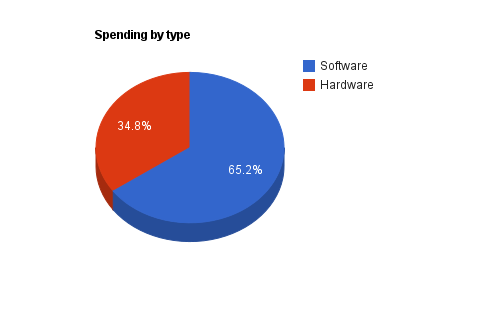 How did the spending break down by platform? 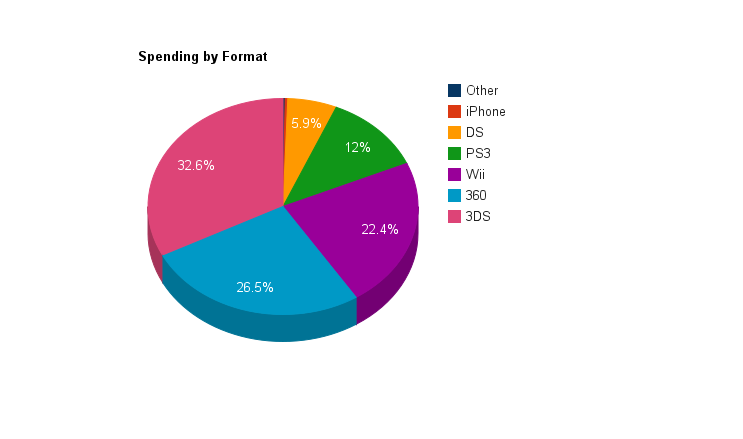 Finally, the spend by medium: 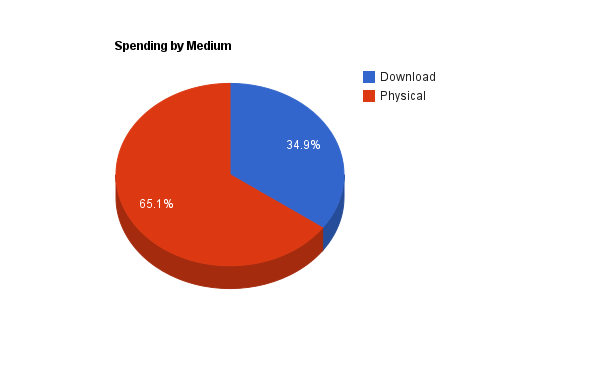 This shows a surprising increase from 25% to almost 35% for downloaded software (the chart doesn’t include hardware). Much of this is due to the huge number of 3DS Virtual Console and eShop games I’ve bought, but also a general increase in the number of 360 and Wii digital store purchases. There are a few PSN titles in that blue wedge too.

So what have I learned from this little exercise? Very little. My expenditure on software is virtually the same (although the actual number of games bought has increased from about 90 to over 130 – clearly I’ve been buying cheaper!), and things are progressing in the world of digital distribution as I expected it to, although perhaps not as quickly. Things will be more interesting come next year!

3 thoughts on “The 2011 Gaming Expenditure Horror”