Finish up in 5 minutes or you’re walking home to your cake and candles. 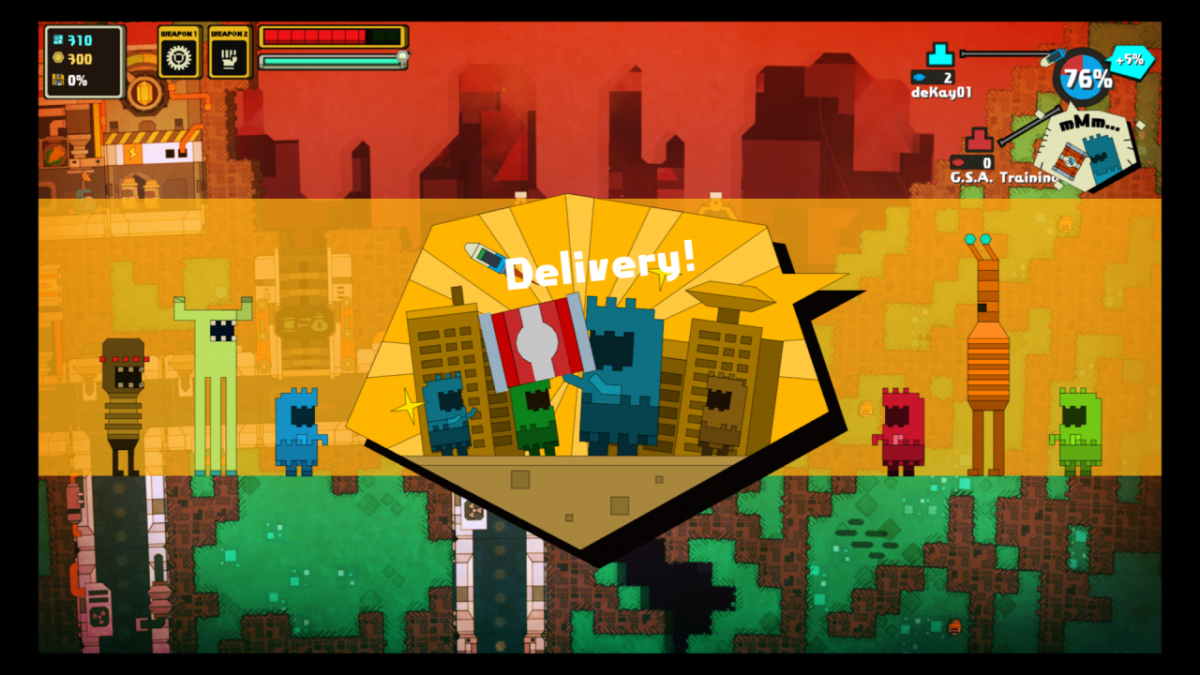 This week brought new PS+ shinies. Some of which I actually played for once. That’s right: literally once.

Lemmings Touch (Vita)
No. Just no. So disappointing.

Nom Nom Galaxy (PS4)
Quite fun, I thought. It sits somewhere between Terraria and a tower defence game, and although I’ve only played the tutorial, I can see it being something I’ll play some more.

Nova-111 (PS4)
A lot of people seemed down on this. It’s a simple maze game with turn-based direct fighting, if that makes sense. I’ve put over an hour into it and I’m not really getting why people don’t like it.

I also played a little of previous PS+ game:

SSX (PS3)
It’s no Amped 3, but it’s not a bad game. I finished the first mountain and played a handful of events in Siberia, but I’m not sure I’ll play it much further. If I didn’t have loads of better games to get on with, then maybe I’d stick with it some more.

Bayonetta (Wii U)
Platinum nonsense, in the best possible way. None of it makes sense but I’m loving it anyway.

Firewatch (PS4)
I didn’t realise it was a budget priced game. That just makes me want it more!

I bunged £5 in Humble’s direction for the Focus Home Interactive 2 bundle, which came with a load of games I’ll never play and Pix the Cat, which I already own. Erm.

Actually, Cities XL and Yesterday will probably get played. (They won’t).