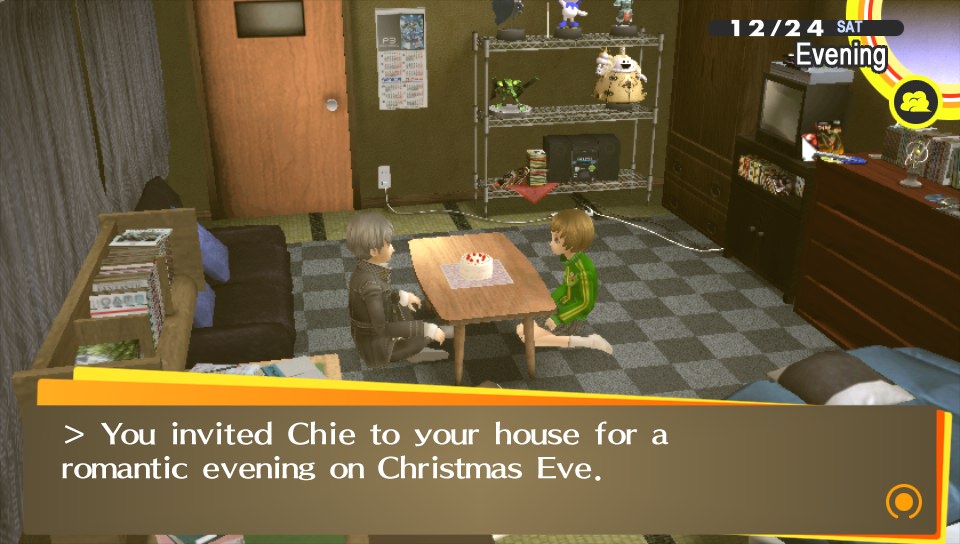 Never before has my Vita been used so much. When is Persona 5 out on the Switch, anyway? 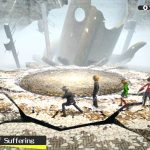 Persona 4 Golden (Vita)
But of course. I’m 94 hours in and so close to the end I can smell it. I’ve beaten the final boss after discovering who the True Bad Guy is, but because I Max S. Linked Marie (not a euphemism) there’s a whole extra bit. The dungeon I’m in at the moment has strange rules, like your SP halving after every fight, and all your items are stripped from you. Worst thing is, I can’t save the game so I’m hoping my Vita’s battery survives. Also in the game, I accidentally became “intimate” with Rise despite the fact I’d already made Chie bae. Bad Things may happen.

Sonic Mania (Switch)
Finished, with all the emeralds, as Knuckles. It’s a shame you don’t get the final boss like you do with Sonic, though. Should I play as that Tails vermin next? Hmm.

Lego City Undercover (Switch)
We’re up to about 96% complete. There are a handful of areas of the map where I’m missing one or two tokens or actions, and one level I’d noticed we’d somehow not got 100% on the studs for some reason. 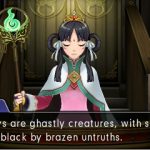 Phoenix Wright: Ace Attorney Spirit of Justice (3DS)
Totally forgot I had this. I was away, and had taken my 3DS, so I started it. I’m near what feels like the end of the first court case, and so far – it’s more Phoenix Wright. Which is absolutely fine. Loving the puns. Can’t wait for the stepladder joke. 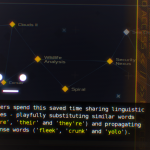 Data Wing (iOS)
That Matt Lees guy recommended this. I’d normally ignore telephone games, but this one didn’t have any of my usual concerns: the controls work fine on a touch screen, there are no adverts, and there are no IAPs. Not only that, but it’s completely free. Free. How could I not at least try it? So I did. And completed it. And it was great. 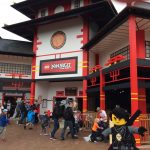 Ninjago: The Ride (IRL)
No, this totally counts. At Legoland, they’ve got a new ride. You sit in a carriage which swings around a track, while giant 3D cinema screens play out a shooting gallery style game. You use your actual arms to virtually fling ninja magic at baddies, Kinect-flail style. It’s all Lego Ninjago, and is quite good fun if utterly knackering. And my wife beat me.

Some of these are getting pretty close to release now. Or are already out but I’ve not bought them:

I went on the Switch eShop to buy that Gunvolt Striker re-release double pack only to find it was mispriced at £31.49 instead of £13.49. Only then I found out that it wasn’t mispriced at all – it should be £31.49. For two old 3DS games. Which are cheaper on the 3DS. My eyes rolled like a slot machine.