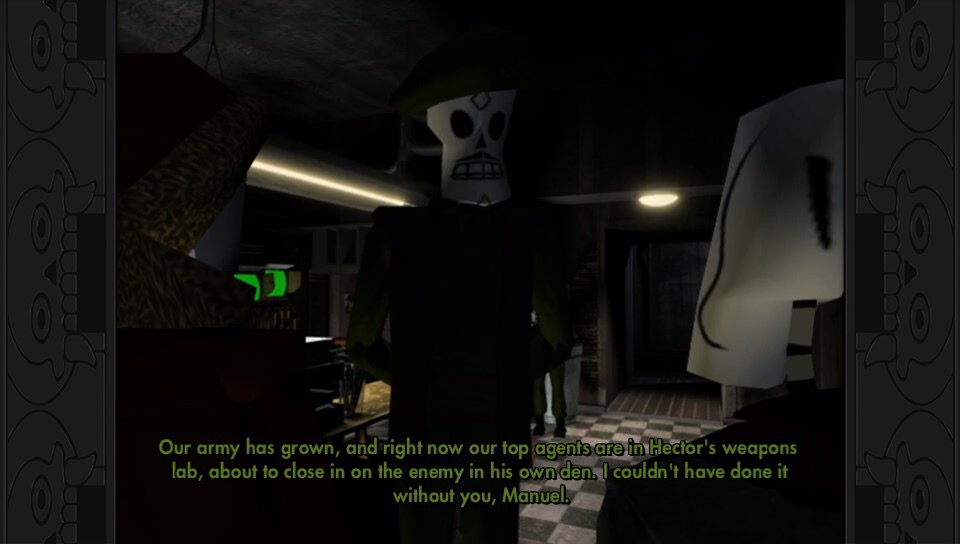 Interest started to wane the closer to the end I got. Puzzles continued to make less and less sense, and even the interest with following the plot was becoming difficult as it was taking longer and longer to solve the puzzles so the story was frequently put into stasis for long periods.

By the end it had become so drawn out I’d forgotten half the characters and the secretary, Meche and the woman from the hipster club all blurred into one. Then Celso appeared and confused me further. What I’m trying to say, is either have the great, funny story and a simpler or less difficult route to progress it, or stick with convoluted and obtuse puzzles and have an easier or more straightforward storyline. Or something.

Things were hampered further by playing the final year or two of the game on my Vita, where it crashed frequently leaving me stuck in scenery or completely kicking me out of the game. On another occasion I was supposed to pick up a grinder with a hand in it, but it wouldn’t let me until I’d quit the game and reloaded an earlier save. I’d also put down the Vita’s smaller, lower res screen (compared to the PS4, I mean) as cause of much annoyance when searching for a body in a meadow in the final section of the game – you can’t see a thing as everything is too small – but since I’d already had similar problems earlier on the PS4 (the sign in the wood bit) I can’t. 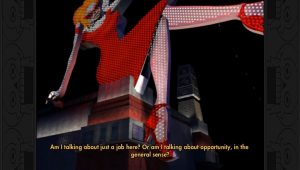 Items generally were fiddly to deal with. There was no way of accurately “activating” scenery, so often looking for items or clues turned into a Duke Nukem secret room style search, only without the HNGH HNGH WHERE IS IT. It was so easy to miss things, even when I was being helped (I didn’t use a guide, but did have a hint FAQ and Twitter at my disposal) simply because things were virtually invisible or you had to be pixel perfect to use them correctly.  Could I not cut a rope with my scythe because I’m in the wrong place? Or I can but not yet? Or it isn’t time yet? That sort of thing. Even objects you’d managed to pick up were a pain to choose from your inventory as you have to cycle through them all in what appears to be random, and ever changing, order one at a time. 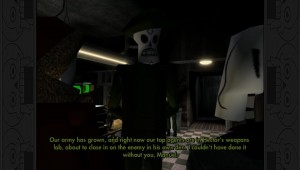 I suppose back in the late 90s on original release this interface and 3D graphics style were still in their infancy, and later similar games rectified things a little, but for a game almost universally acclaimed as a classic falls way short simply because of the unnecessarily clunky interface – ironically an interface that seems designed to do away with the unnecessarily clunky interface of earlier titles like Monkey Island with its verb/noun point and click system. It’s a shame they didn’t improve the input method when they improved the graphics for the Remastered version. Oh wait! They barely did that either. Aside from being slightly less jagged and with altered – but not necessarily better  – lighting, the different between old and new is barely perceptible. In fact, at one point I’d been playing it for over an hour after accidentally putting it on “classic” mode before I realised.

Still it was funny, and I did, mostly, enjoy it. I just can’t help but feel a bit disappointed that it’s nowhere near as fantastic as I’d been led to believe. Shame.